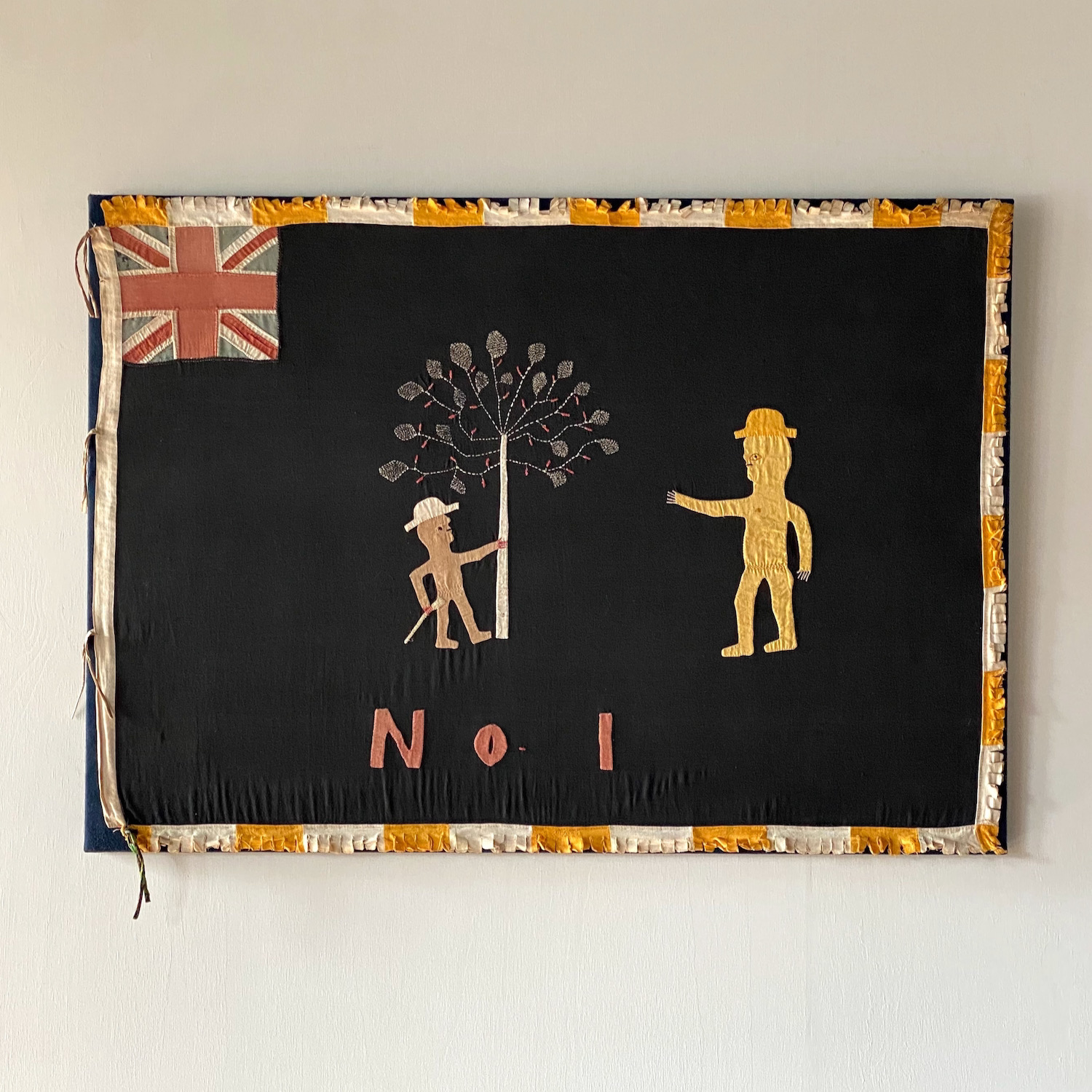 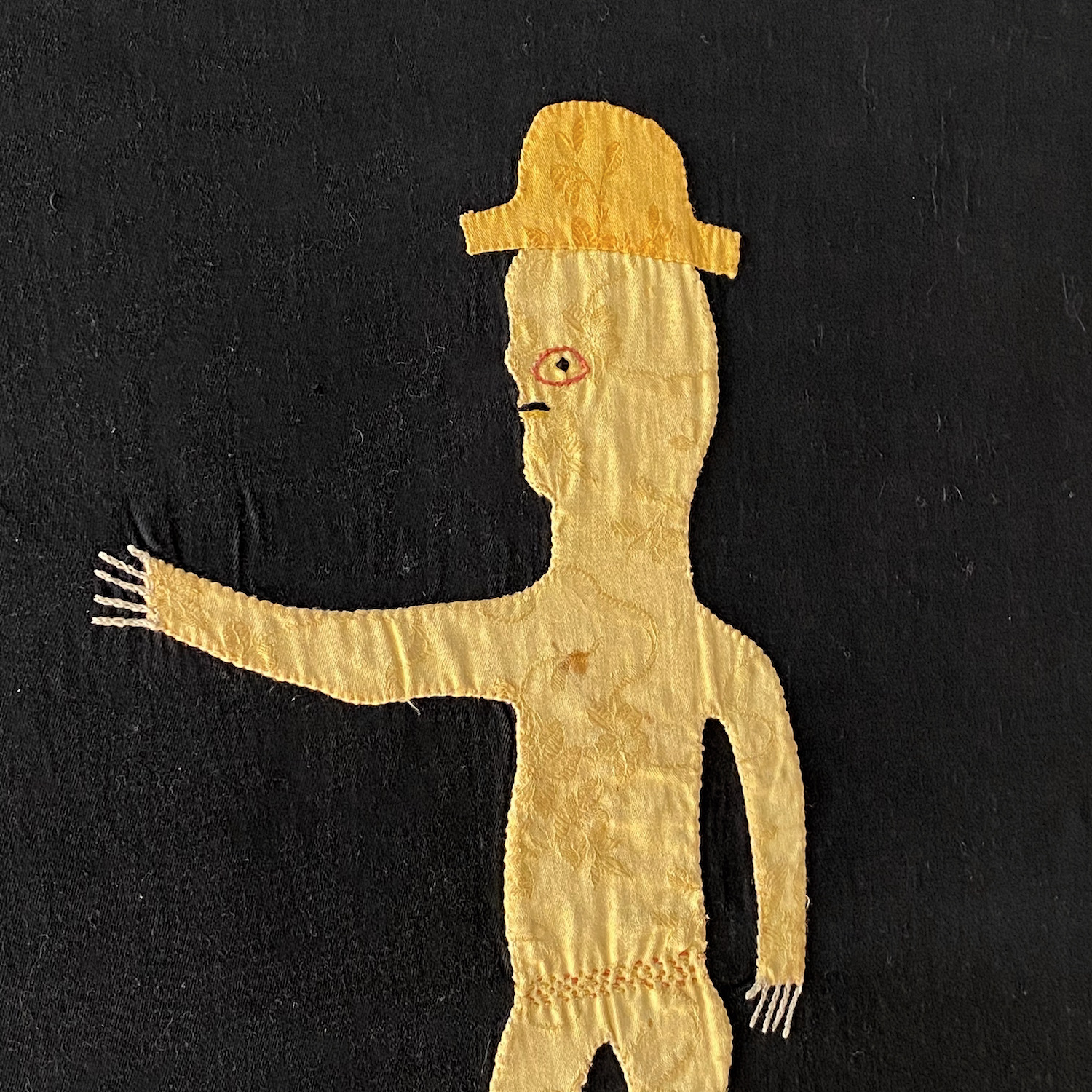 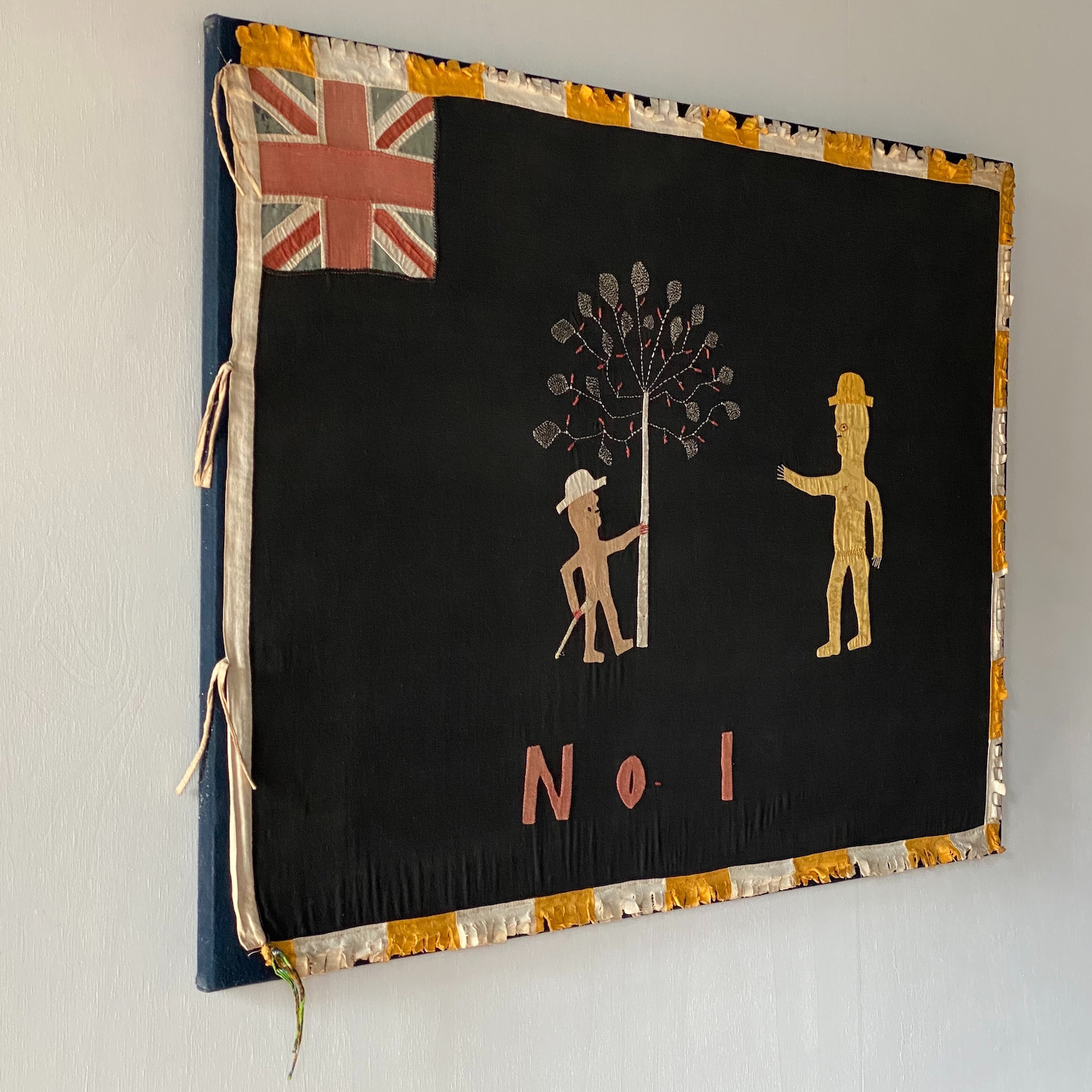 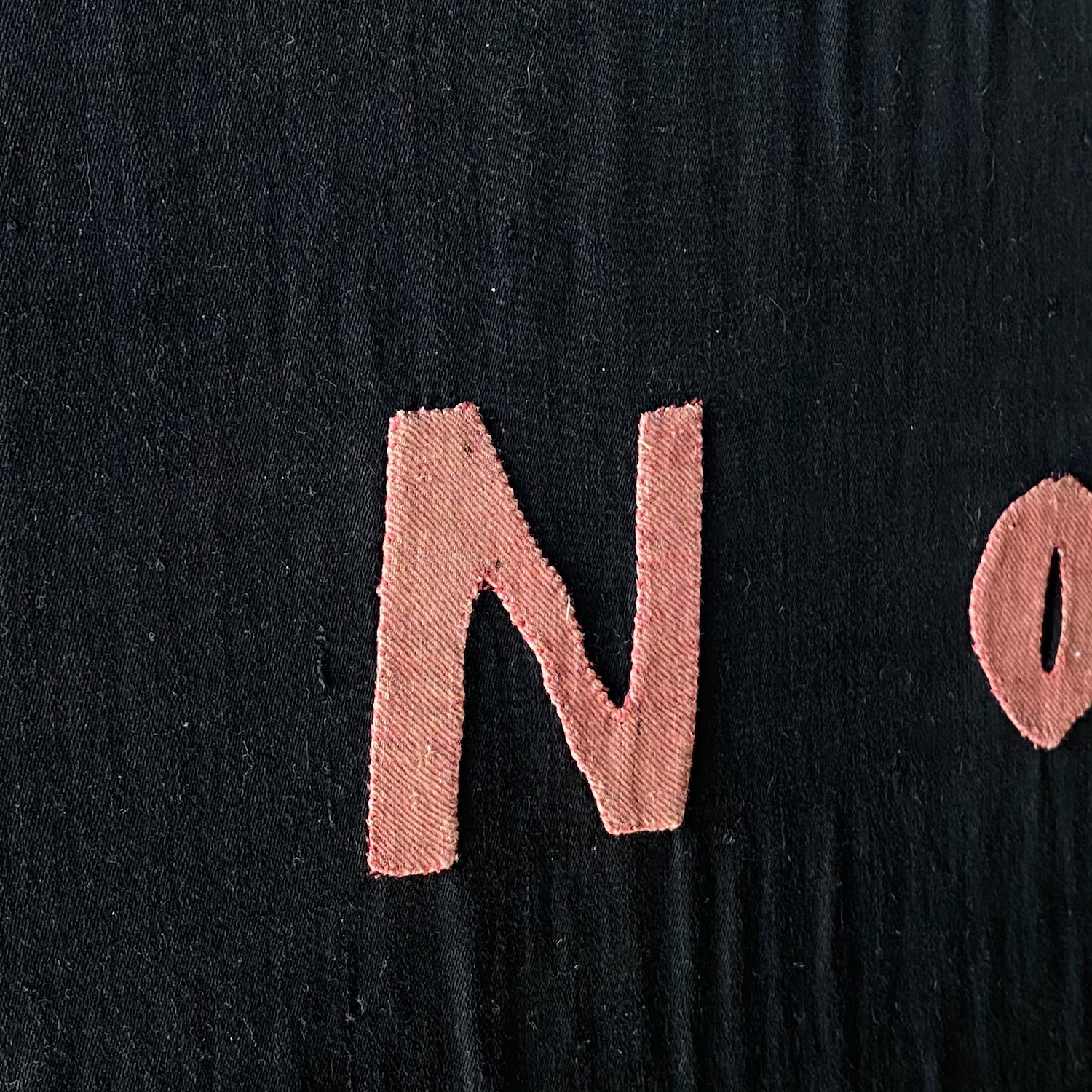 Beginning in the 17th century, the Fante groups which inhabited the south-west coast of modern-day Ghana formed military and political units known as ‘asafo’ (deriving from sa, meaning war, and fo, meaning people). Each unit developed elaborate traditions of visual art, most striking of all the flags shown here. These comprised of bold naïve imagery appliqued onto a cotton background, they commonly depict indigenous proverbs which relate closely to the commissioning Asafo group. With the British conquest of the region in 1856 many Asafo groups incorporated versions of the Union Jack into the flag to enhance the power of the imagery.

They would be flown when they went into battle, fighting together with the British, their colonizers. The flags wouldn’t be flown the entire time but would also be danced in elaborate ceremonies celebrating victory or community.

Professionally mounted to new felt backing which is then stretched over a custom stretcher bar with a solid foam core center.