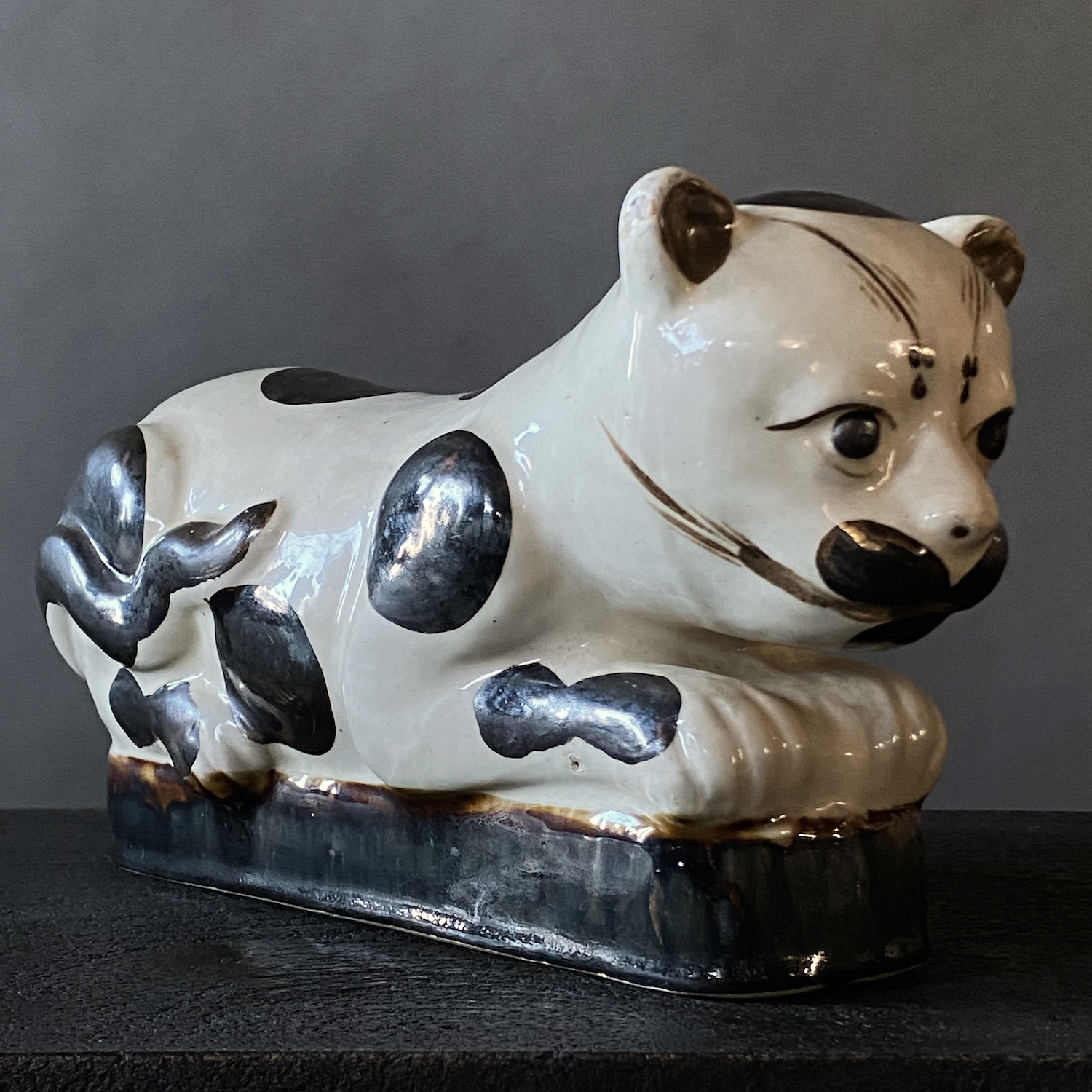 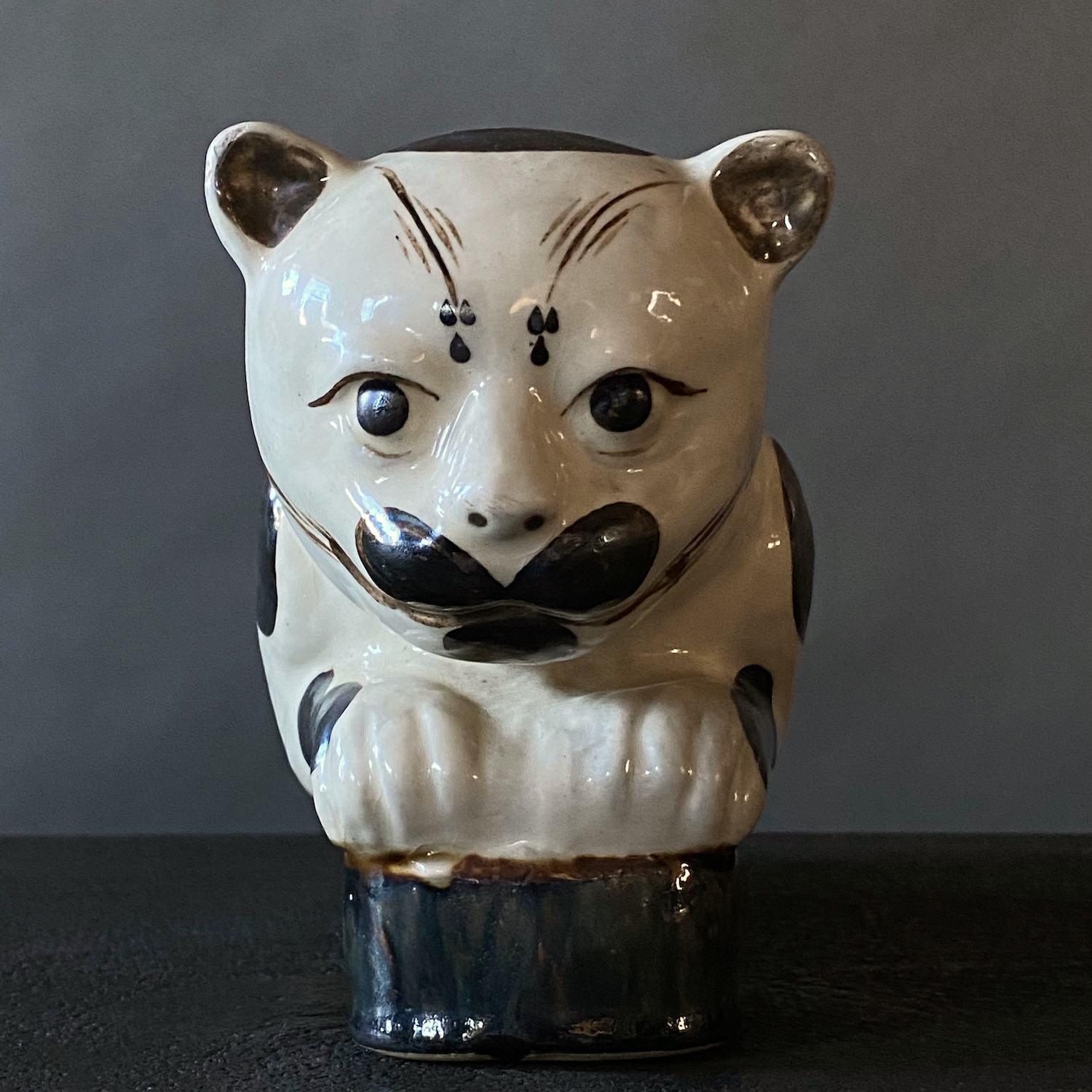 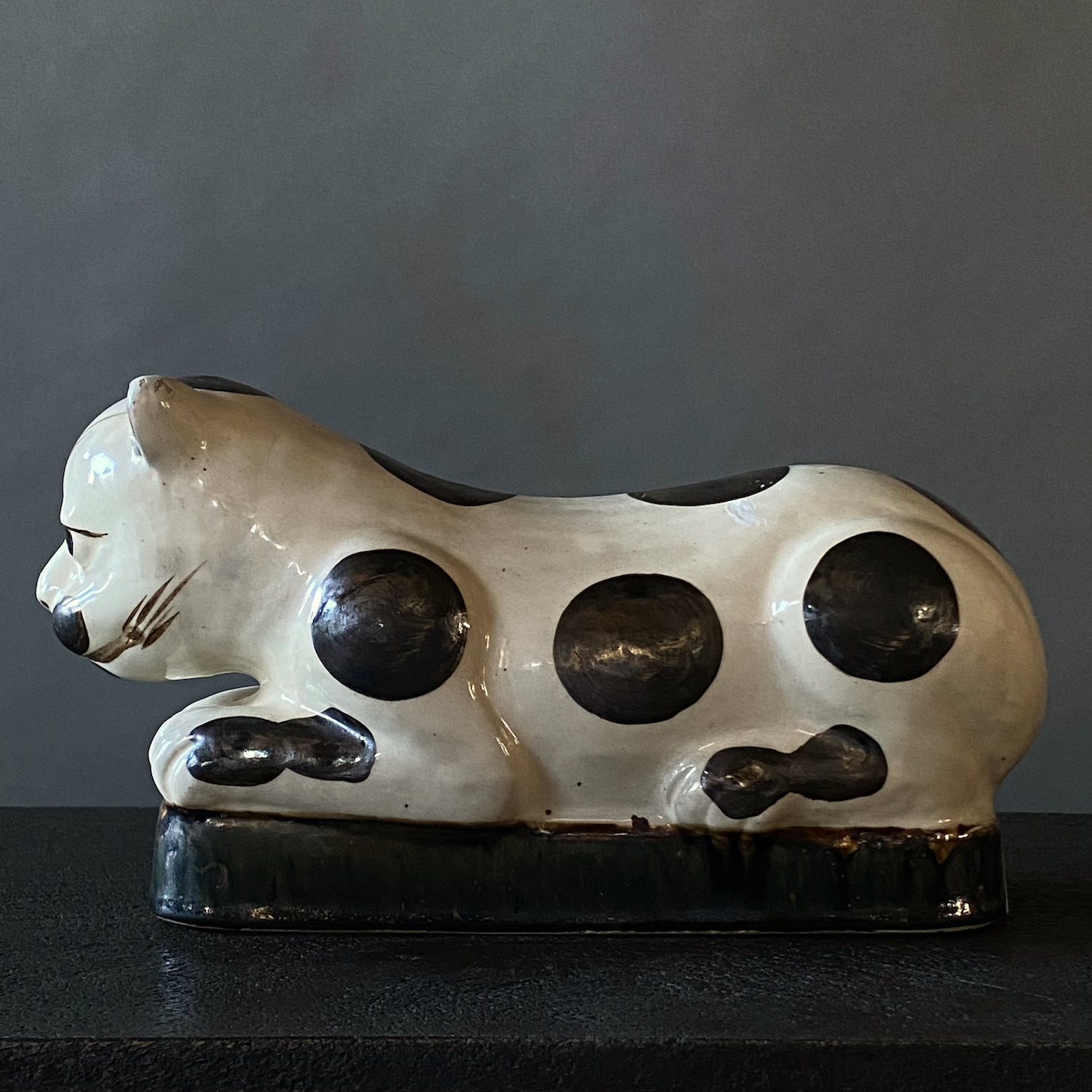 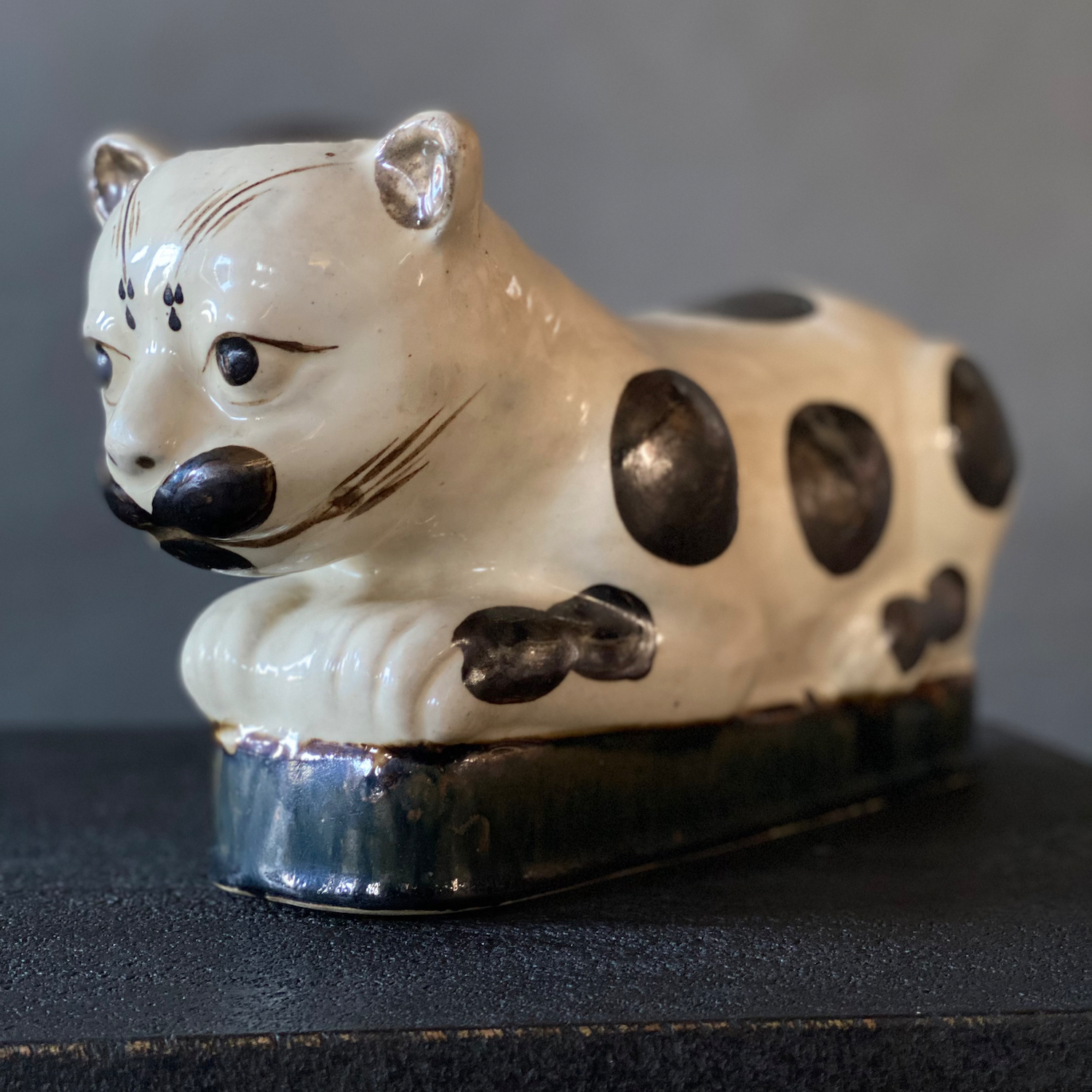 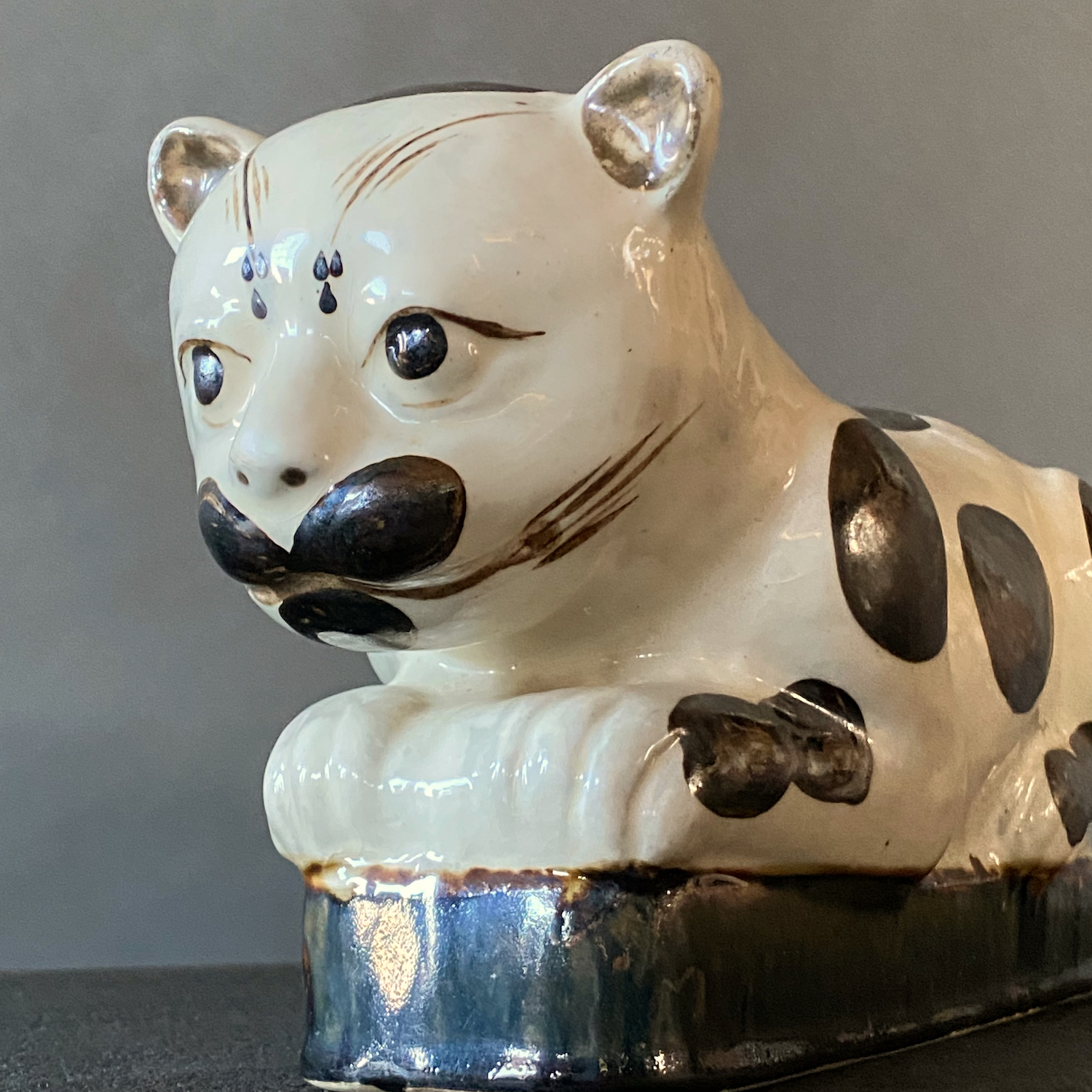 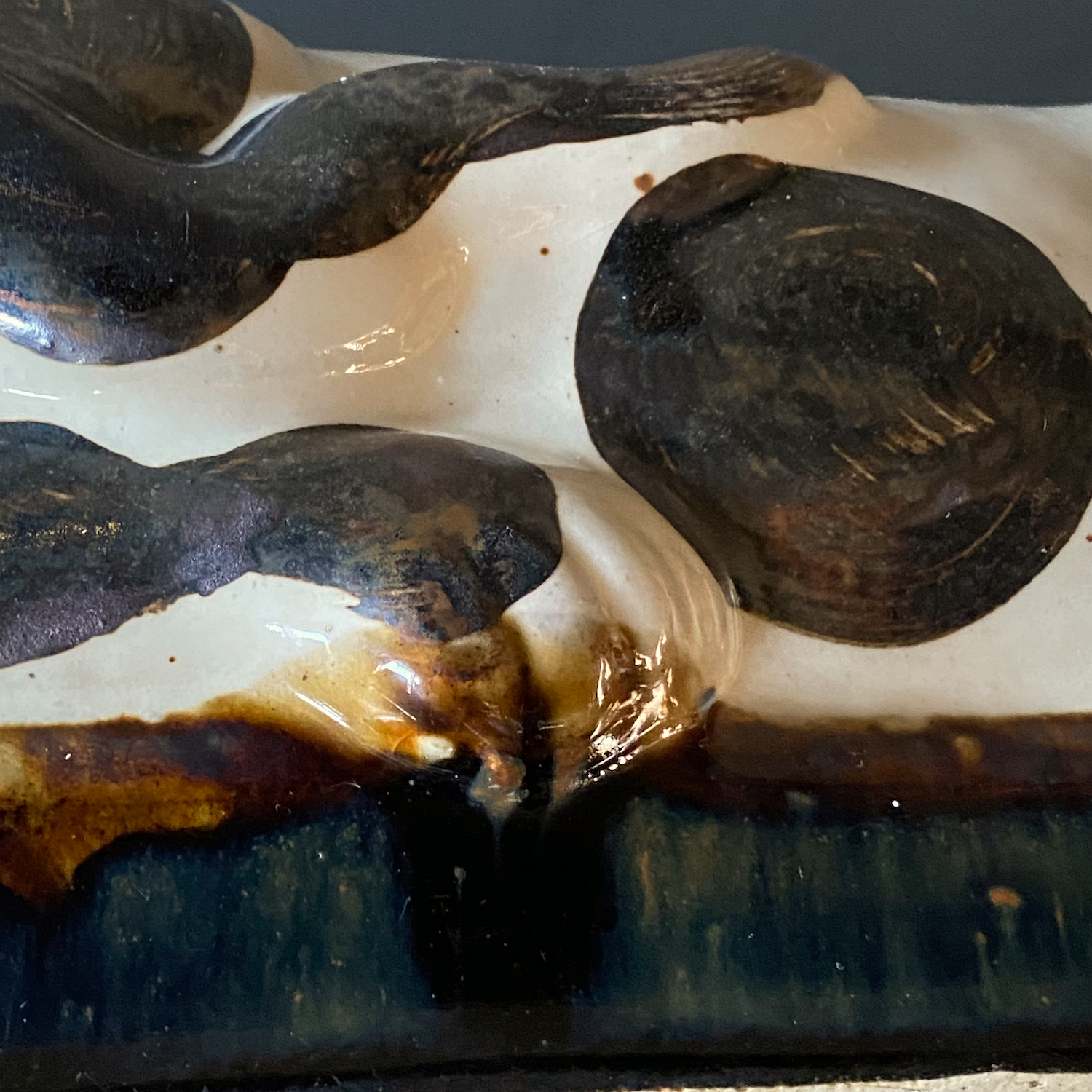 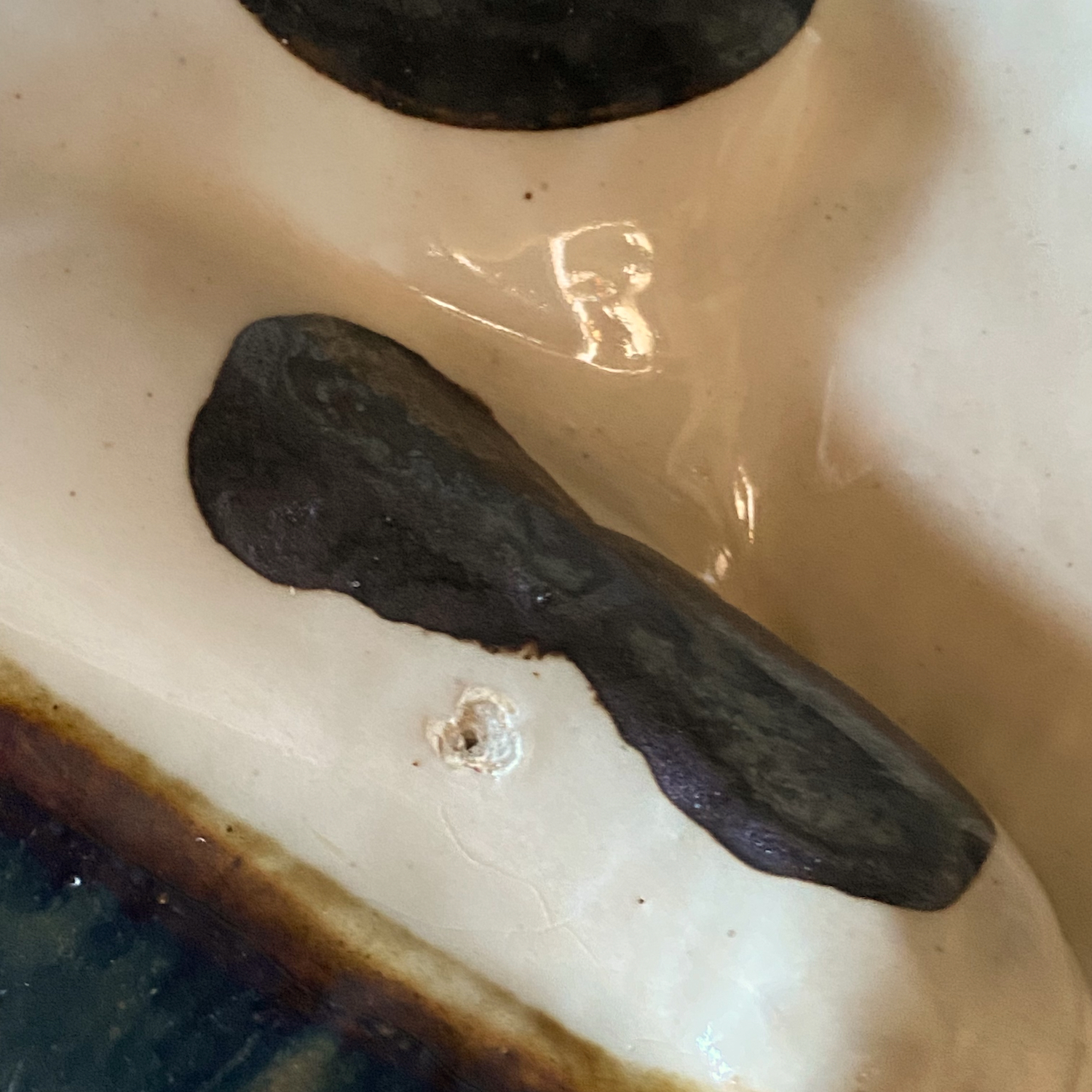 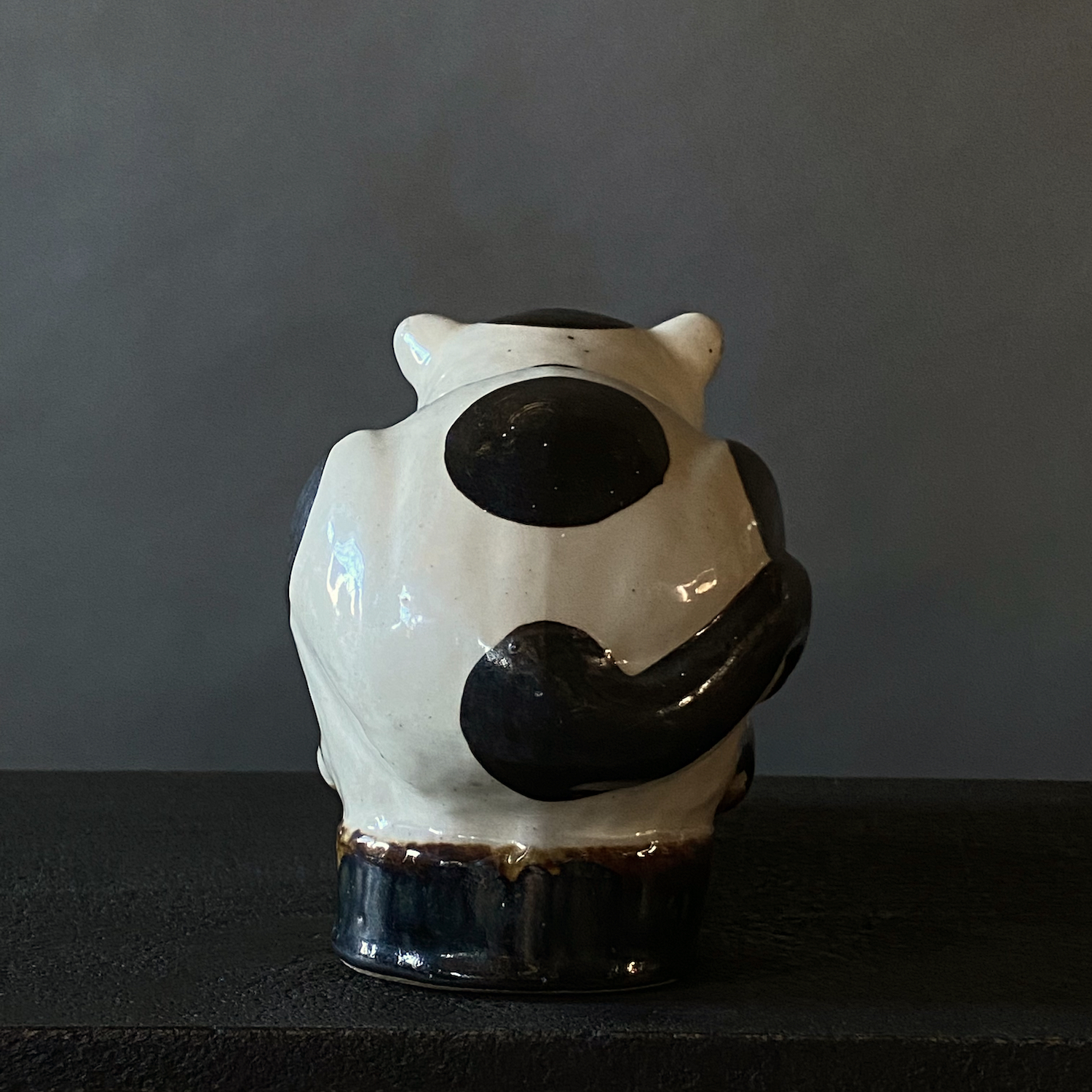 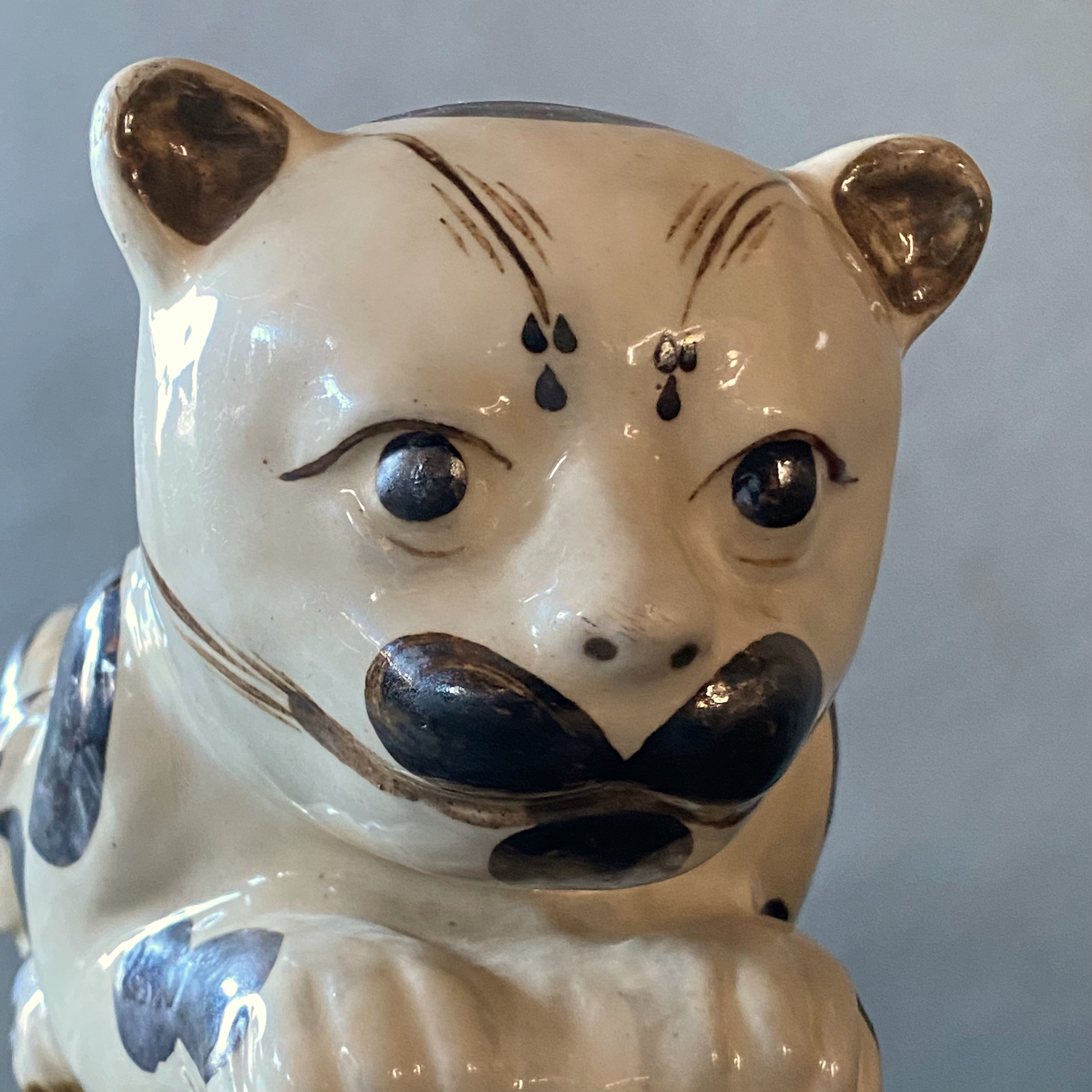 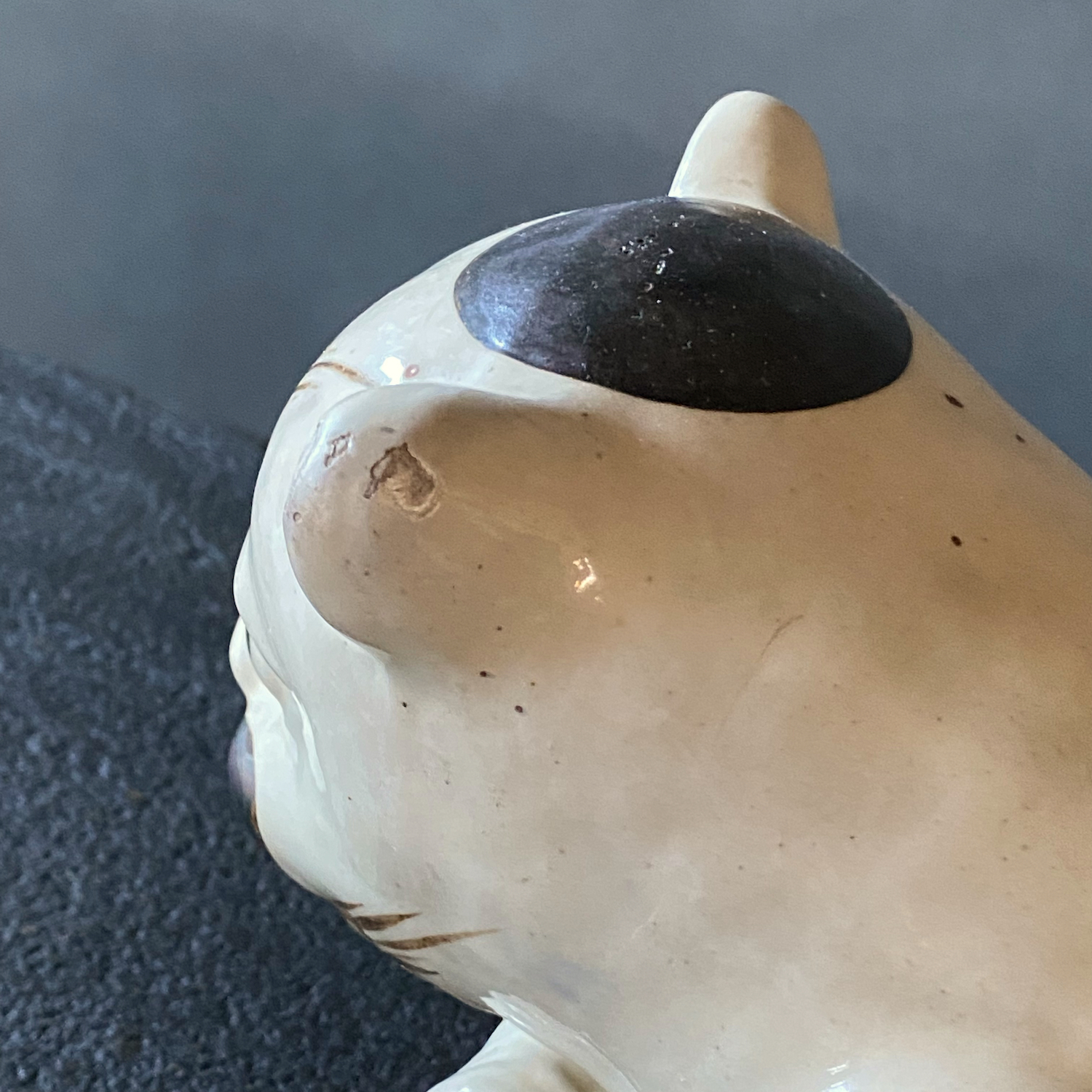 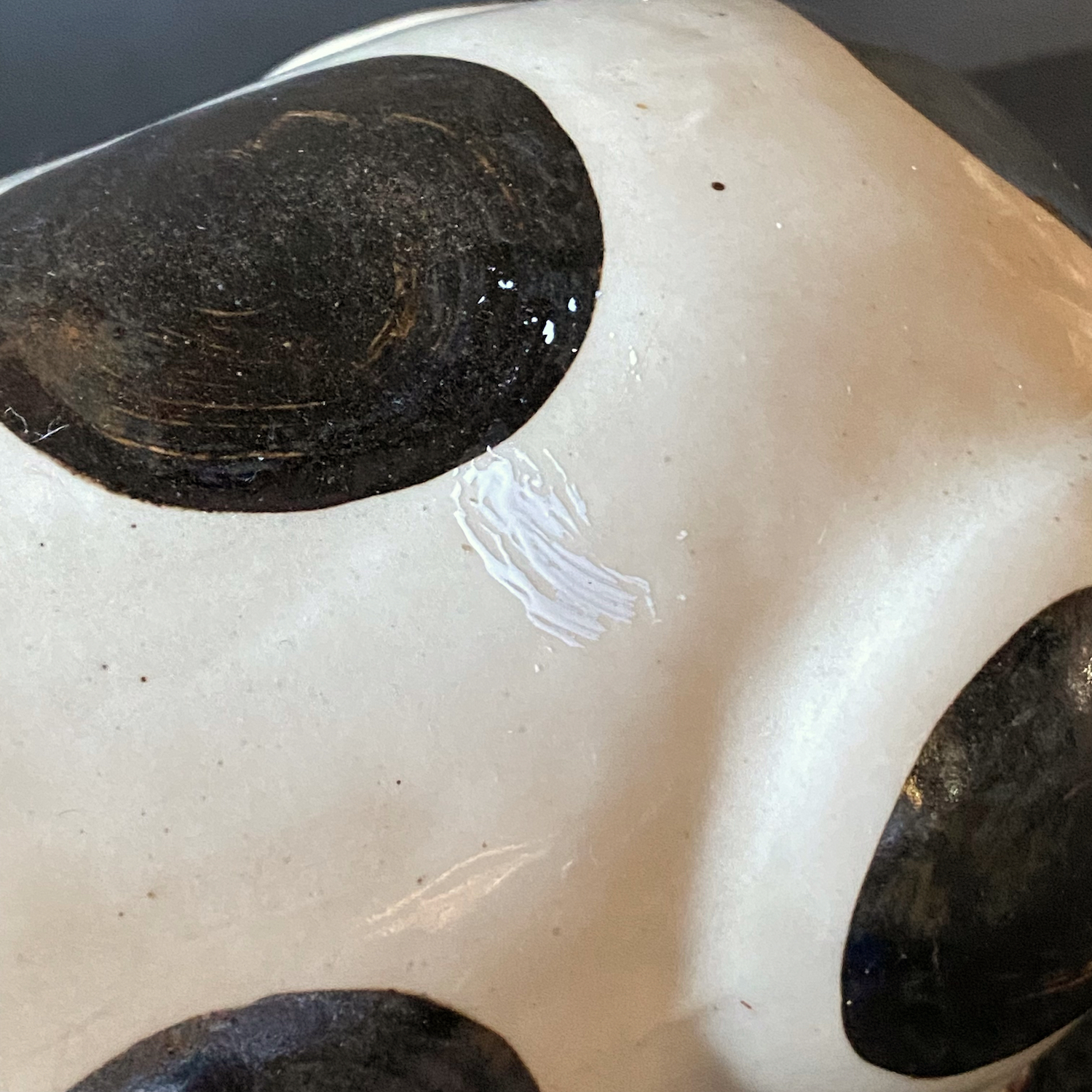 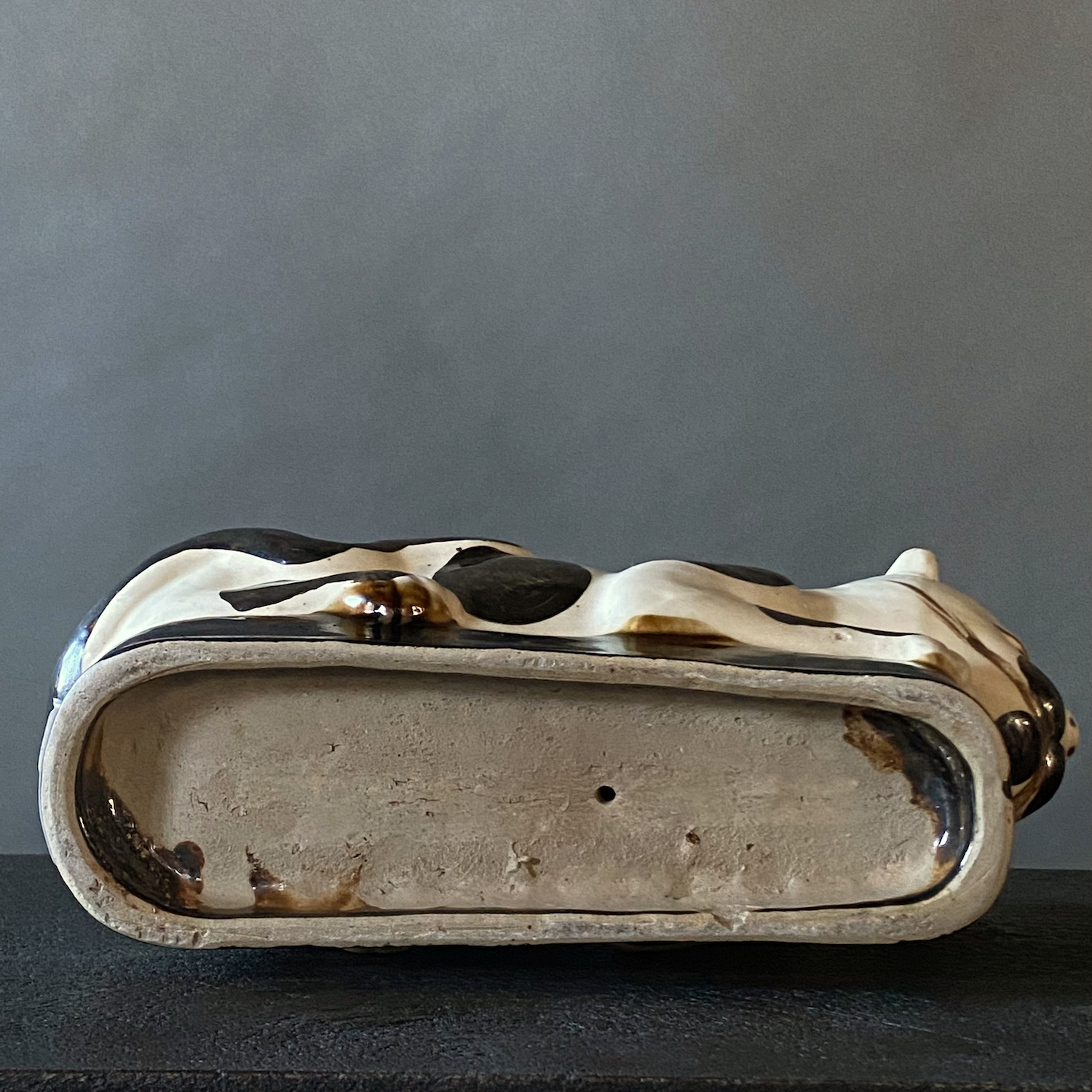 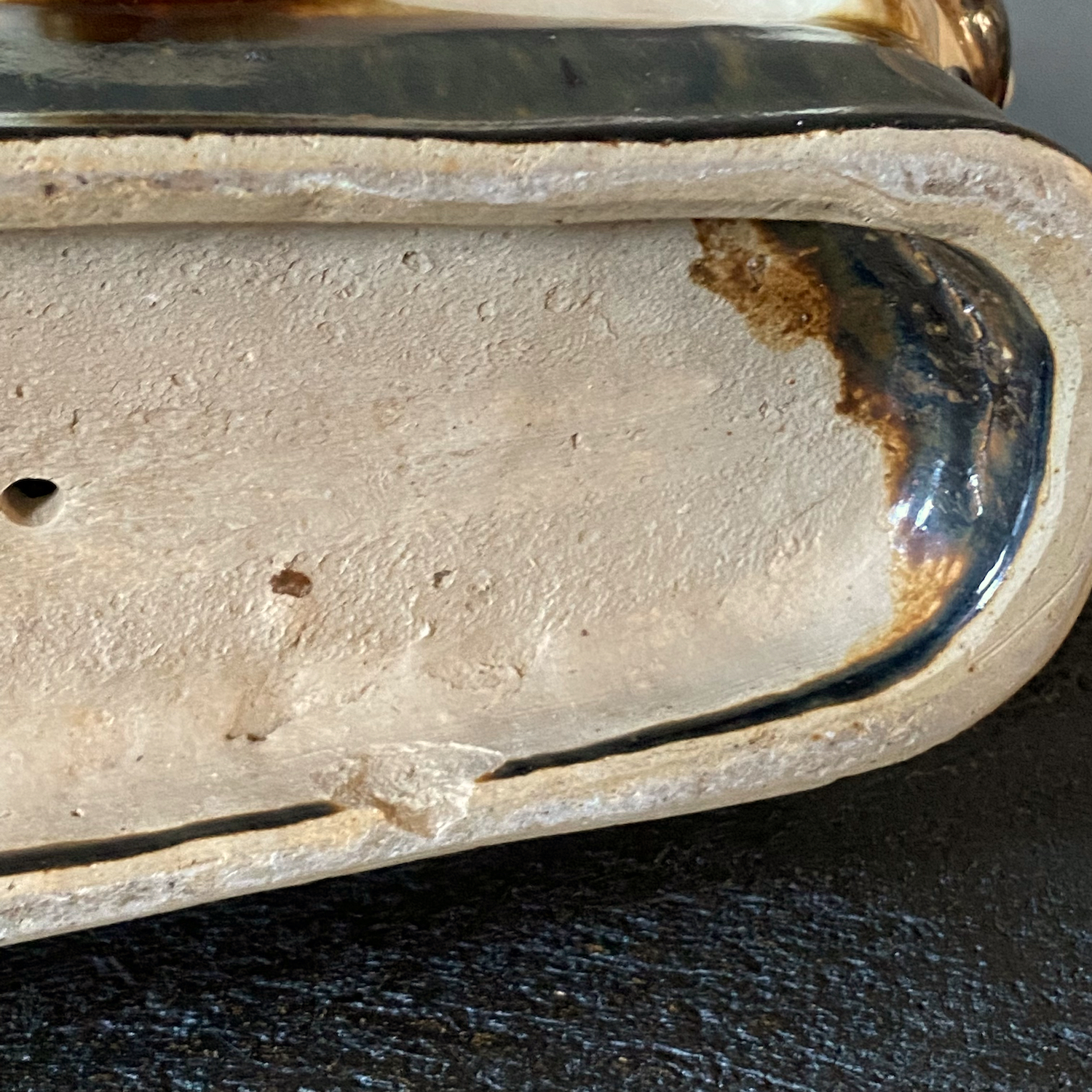 Condition: See photos: minor paint blemish to surface, minor scuff/chip to left ear, minor chip to inside of base)

*Heavily potted Chinese stoneware produced from the Song dynasty (960-1279) onward. Cizhou wares are characterized by black painted decoration on usually coarse buff or grayish white body, thick and heavy bodies with relatively coarse surfaces covered with a white slip or a clear glaze. The decoration could be painted, incised or cut through the glaze, alone or in combination highlighted in black, white, green, or brown on a monochrome ground. Cizhou wares was produced mainly in northern China north of the Yellow River in present Henan, Hebei, Shanxi, Shaanxi, Shandong and Ganshu provinces during the Song dynasty. The center was kilns in Cixian and Pengcheng in southern Hebei, which flourished and spread during the Song-Jin period and the Ming dynasty. Later on the production continued even in the far south and has never actually ceased. Cizhou Ware was produced for daily use and the shapes met with are therefore mostly jars, basins, pots, bowls, pillows and other domestic utensils.