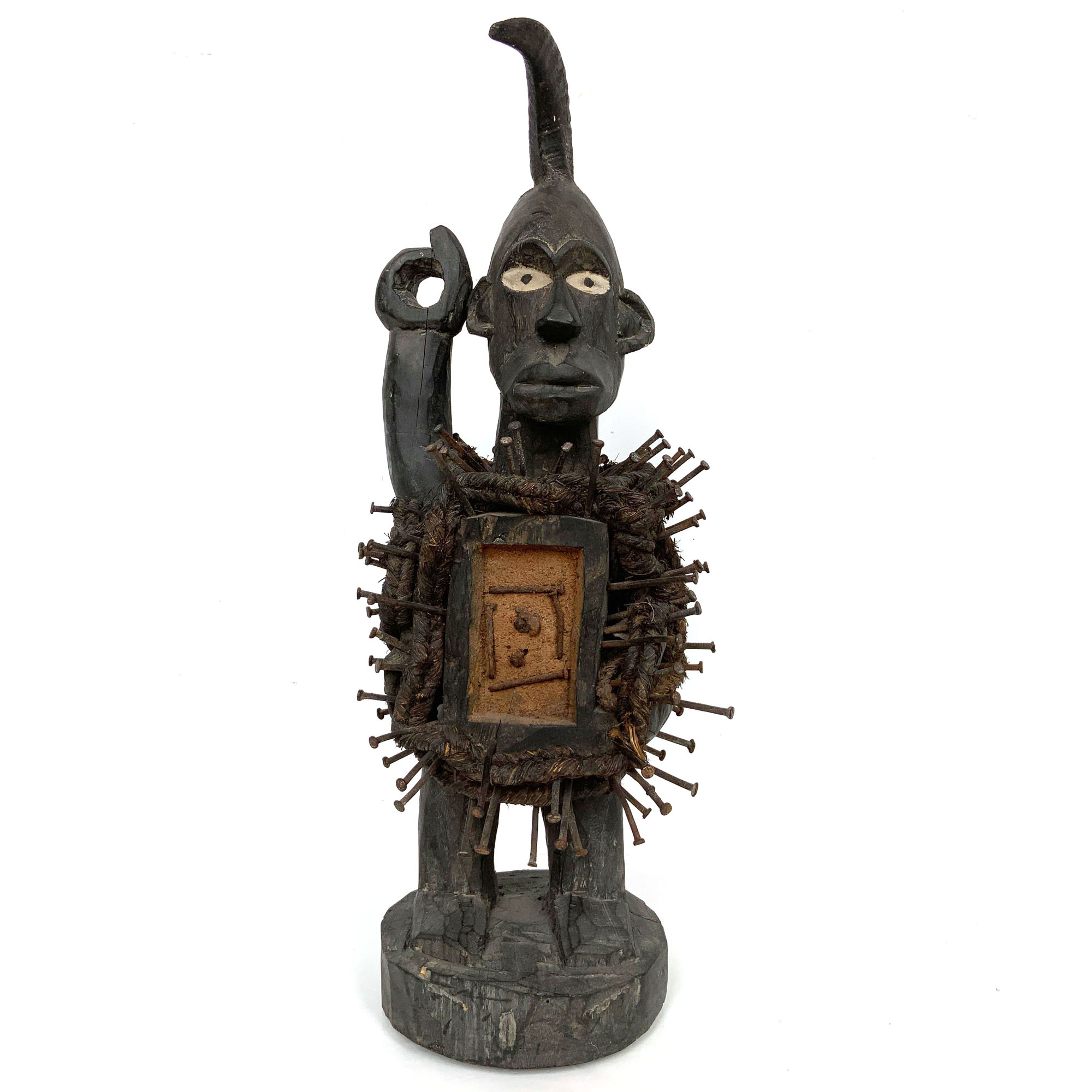 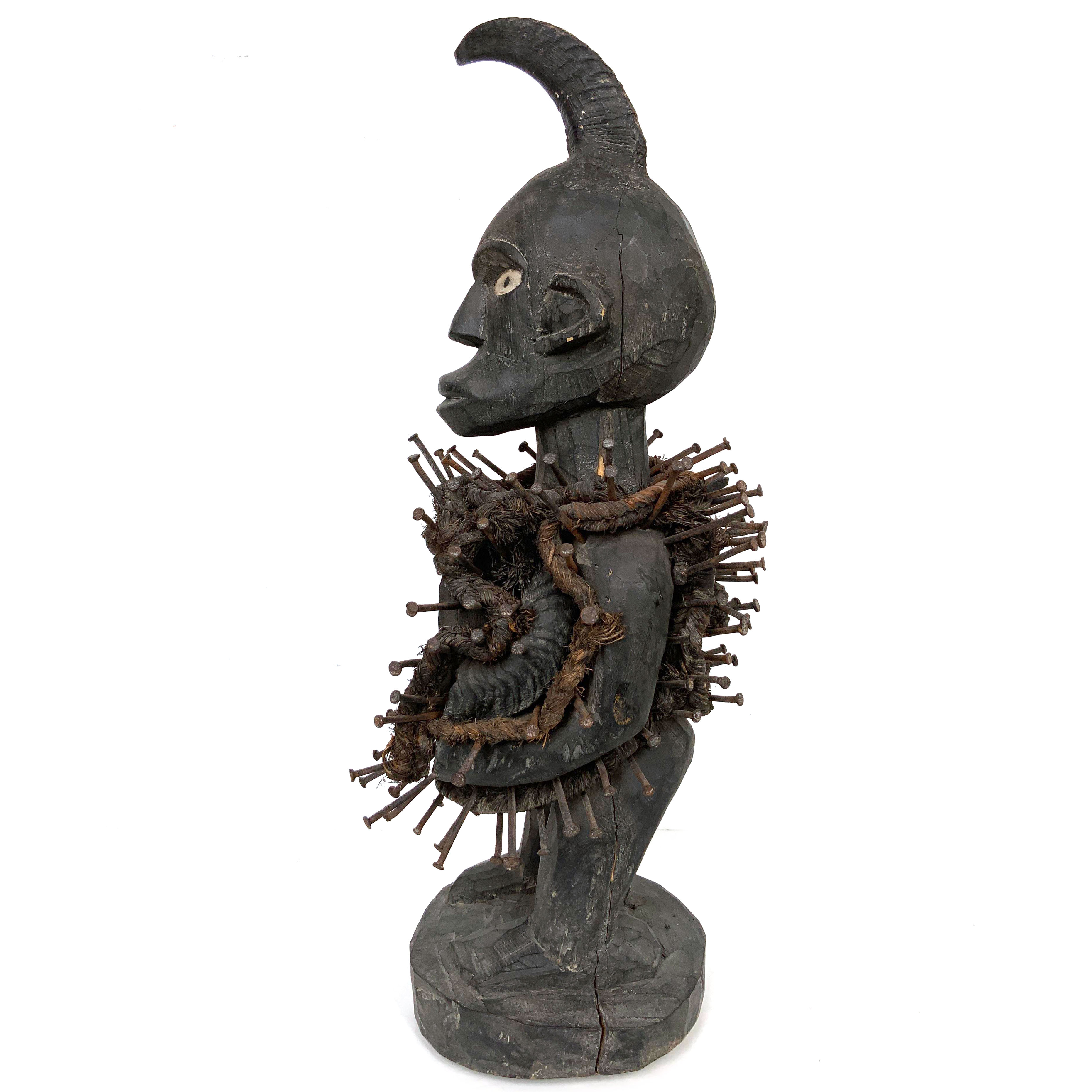 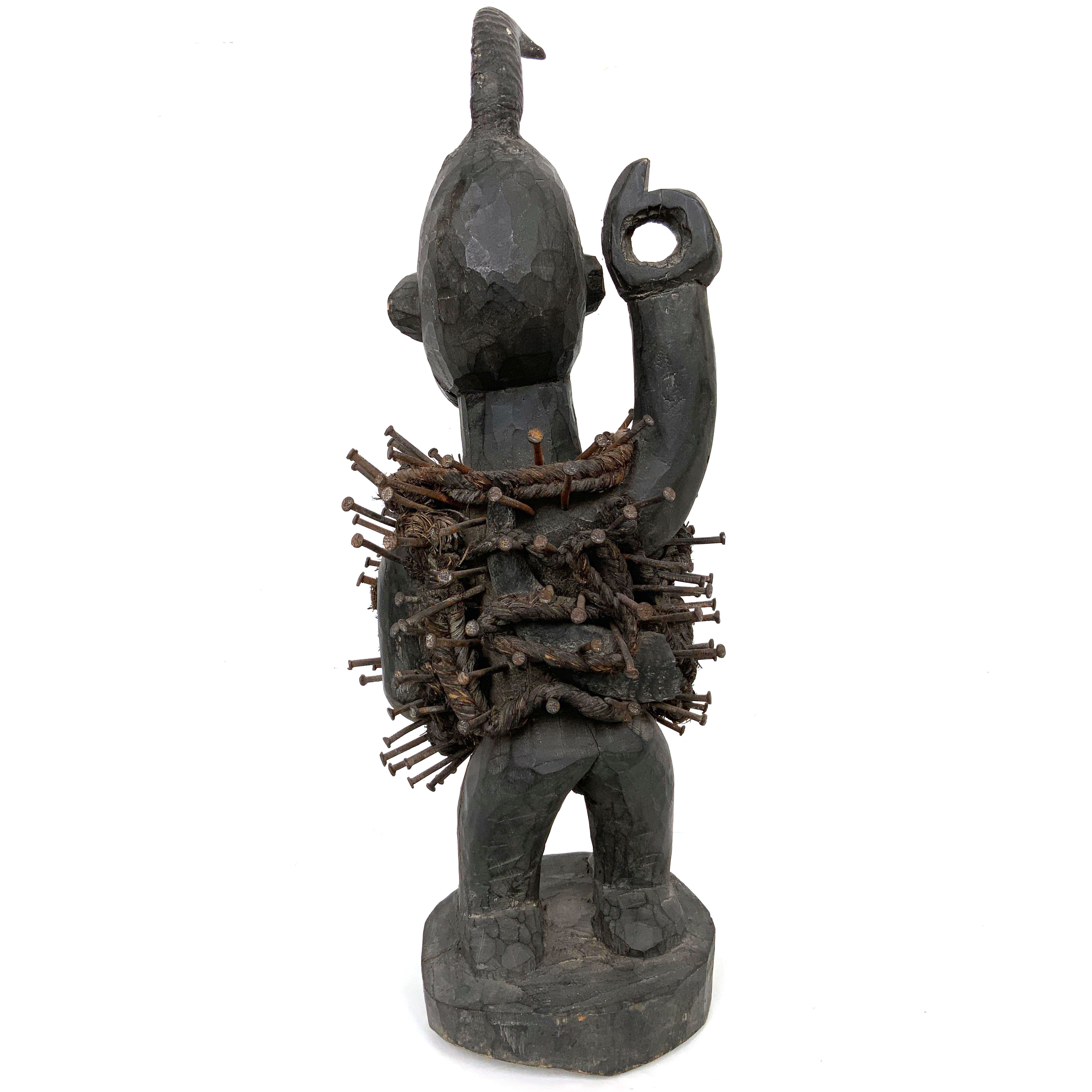 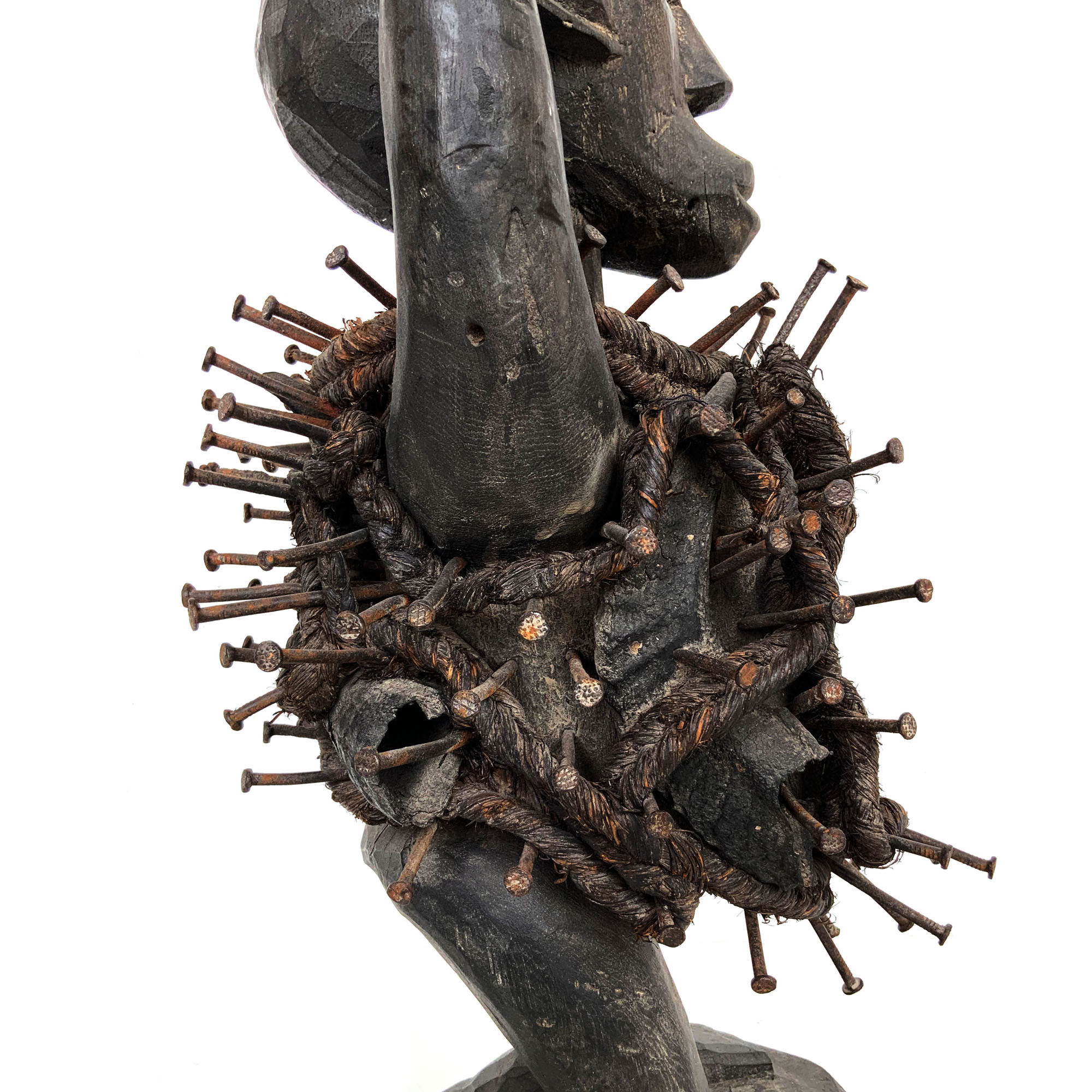 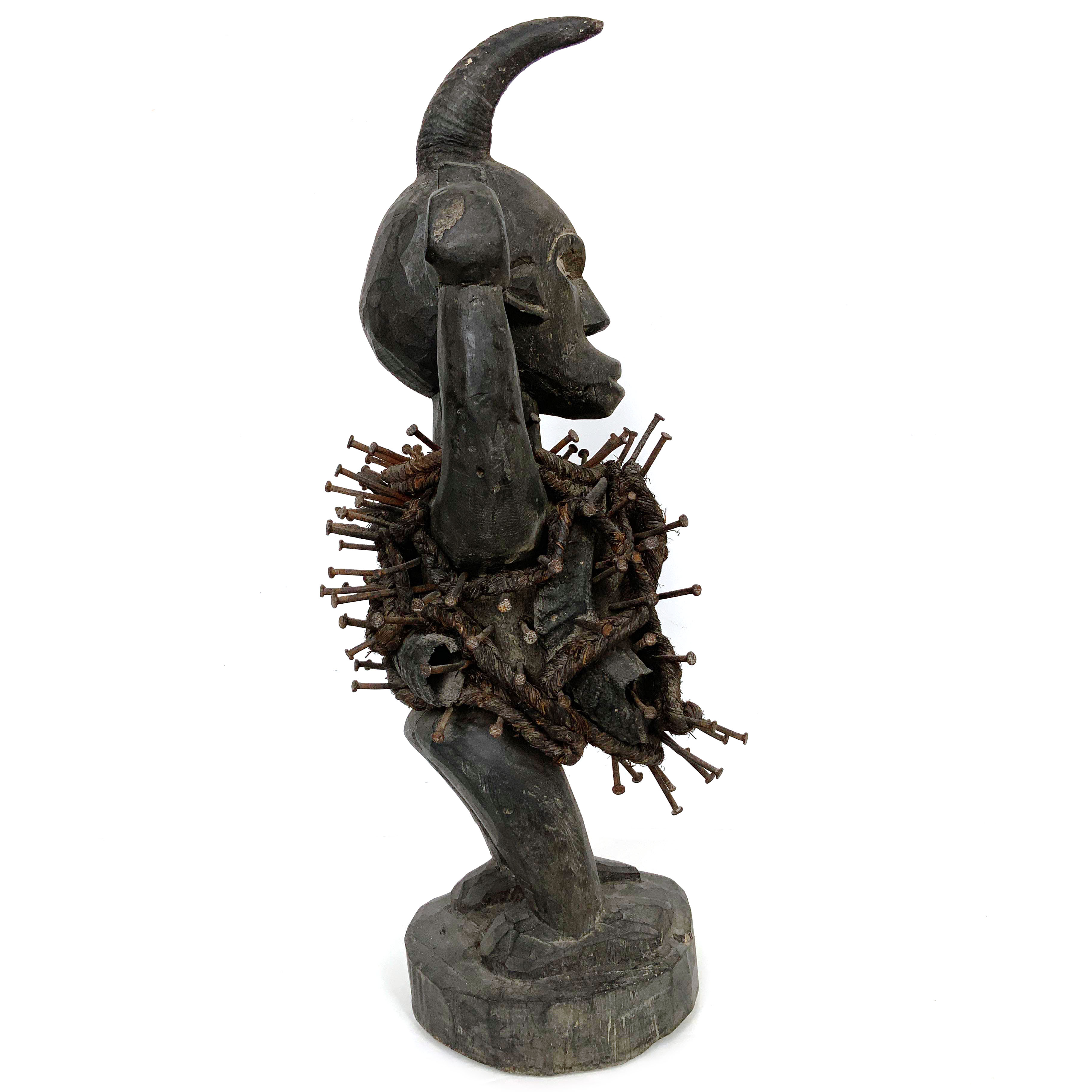 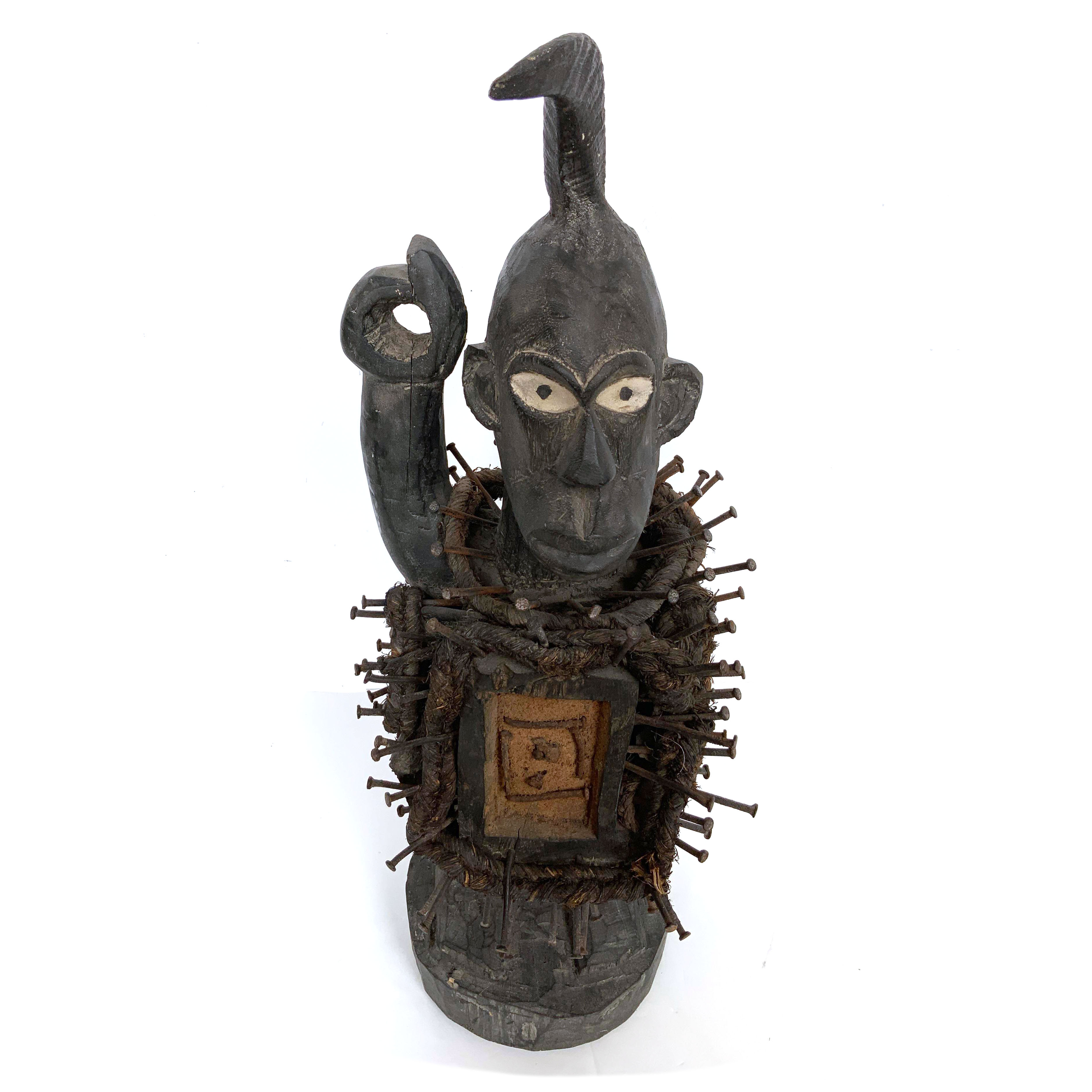 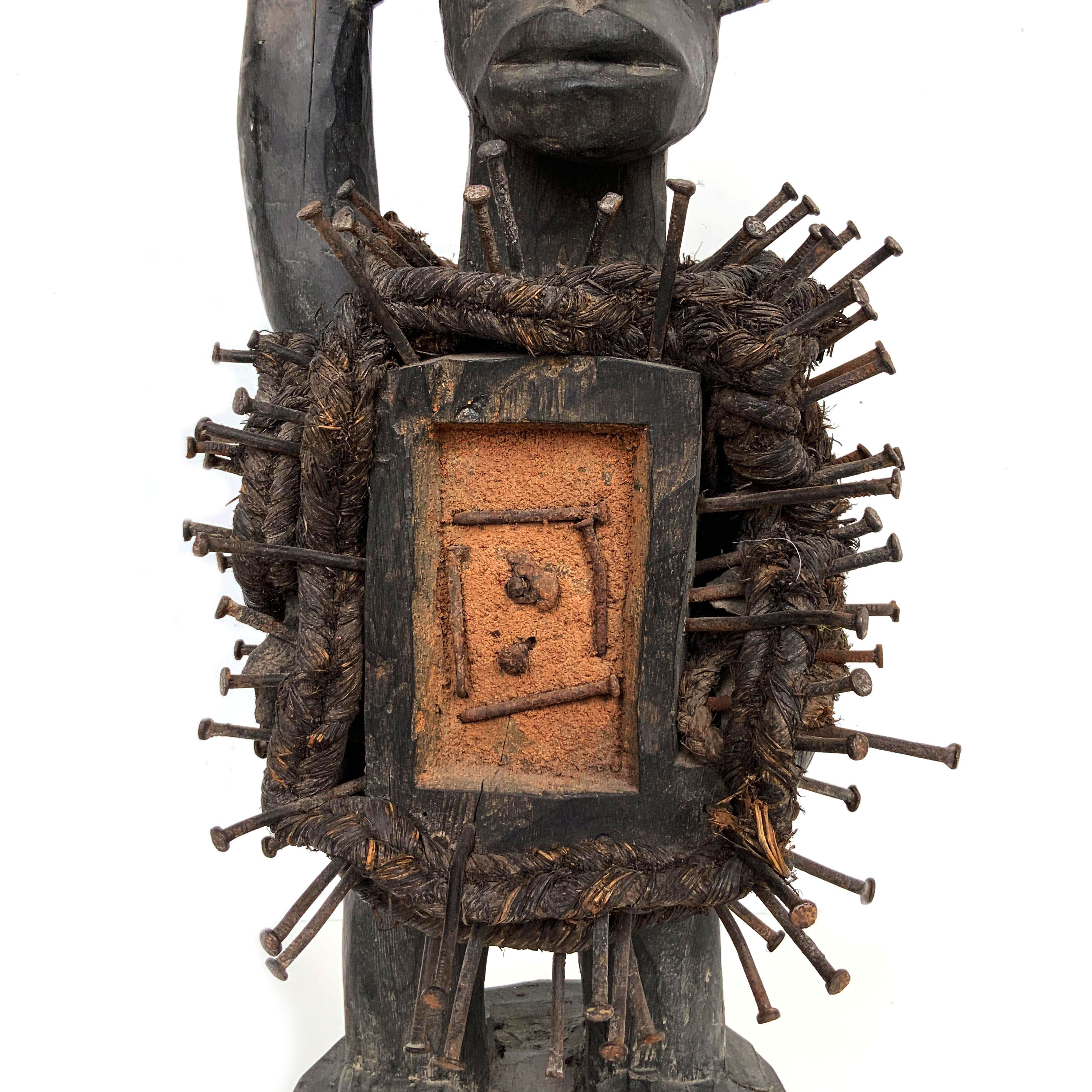 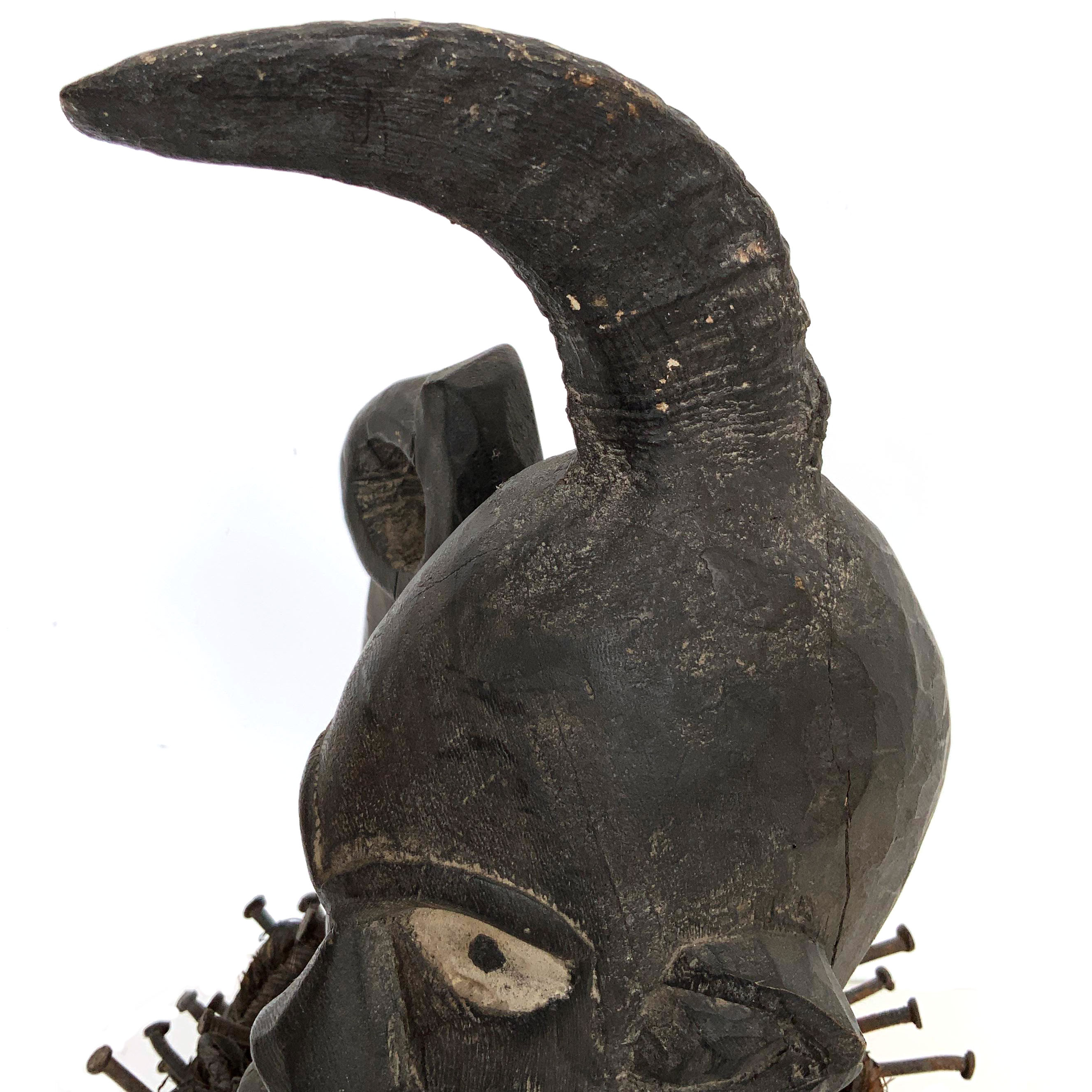 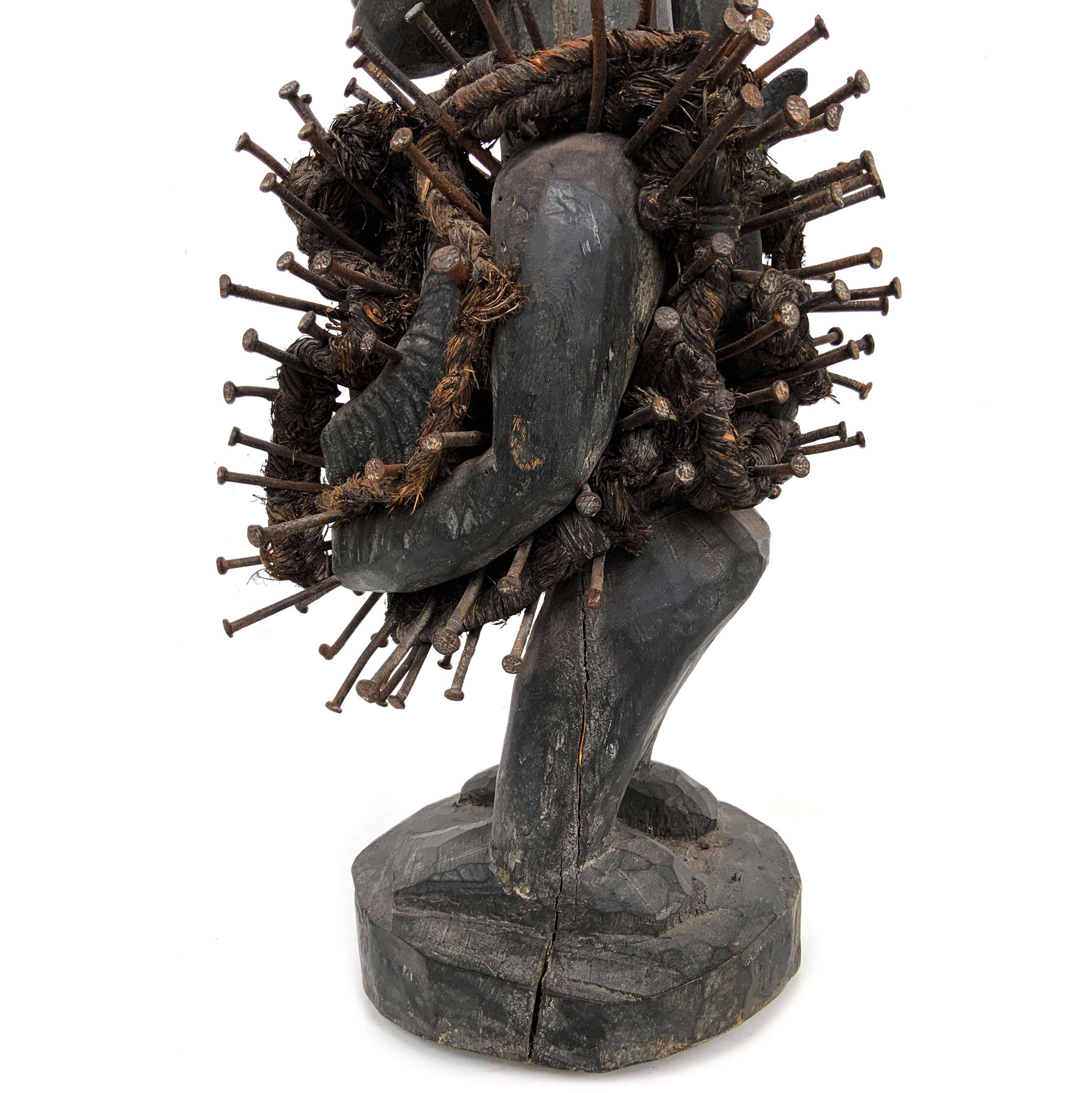 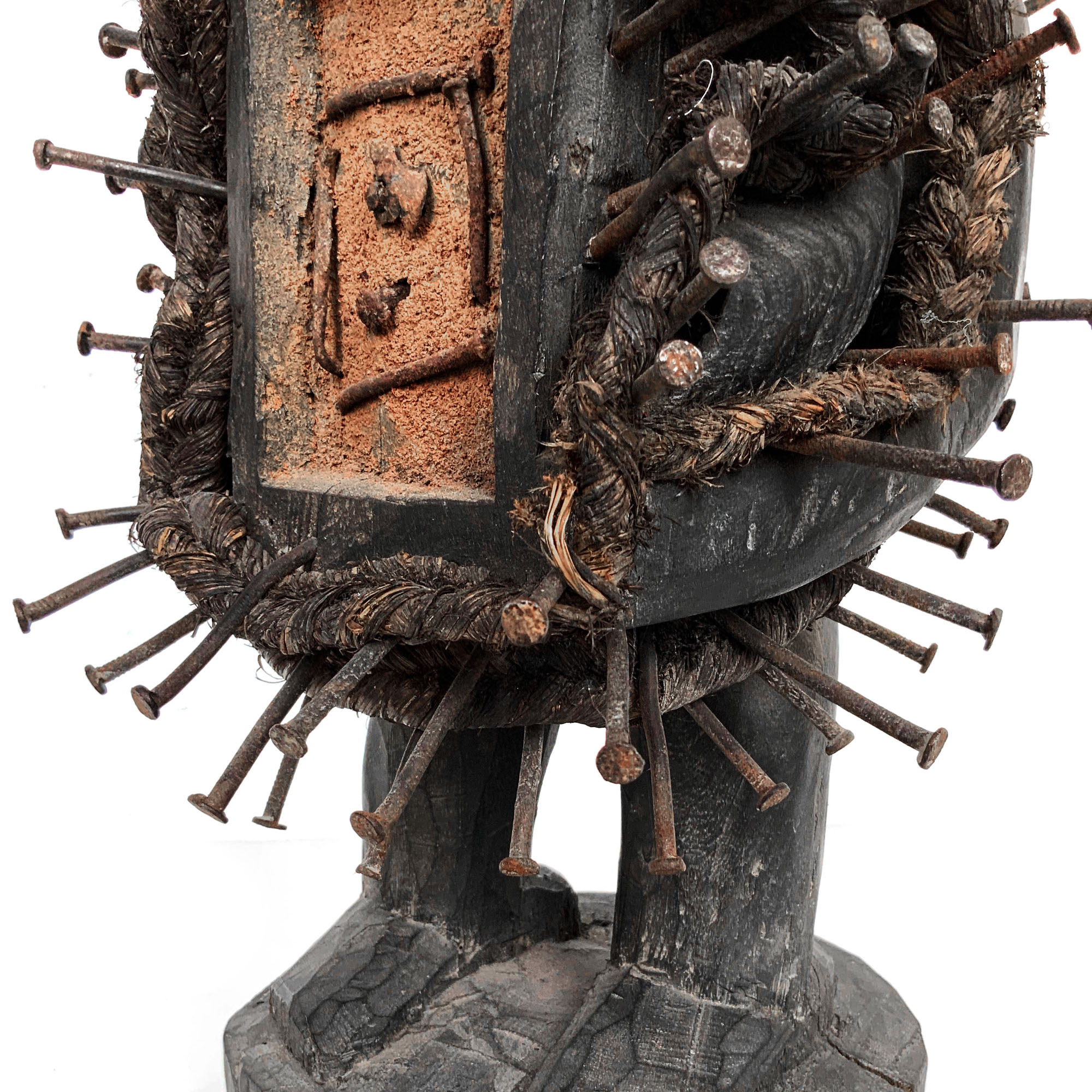 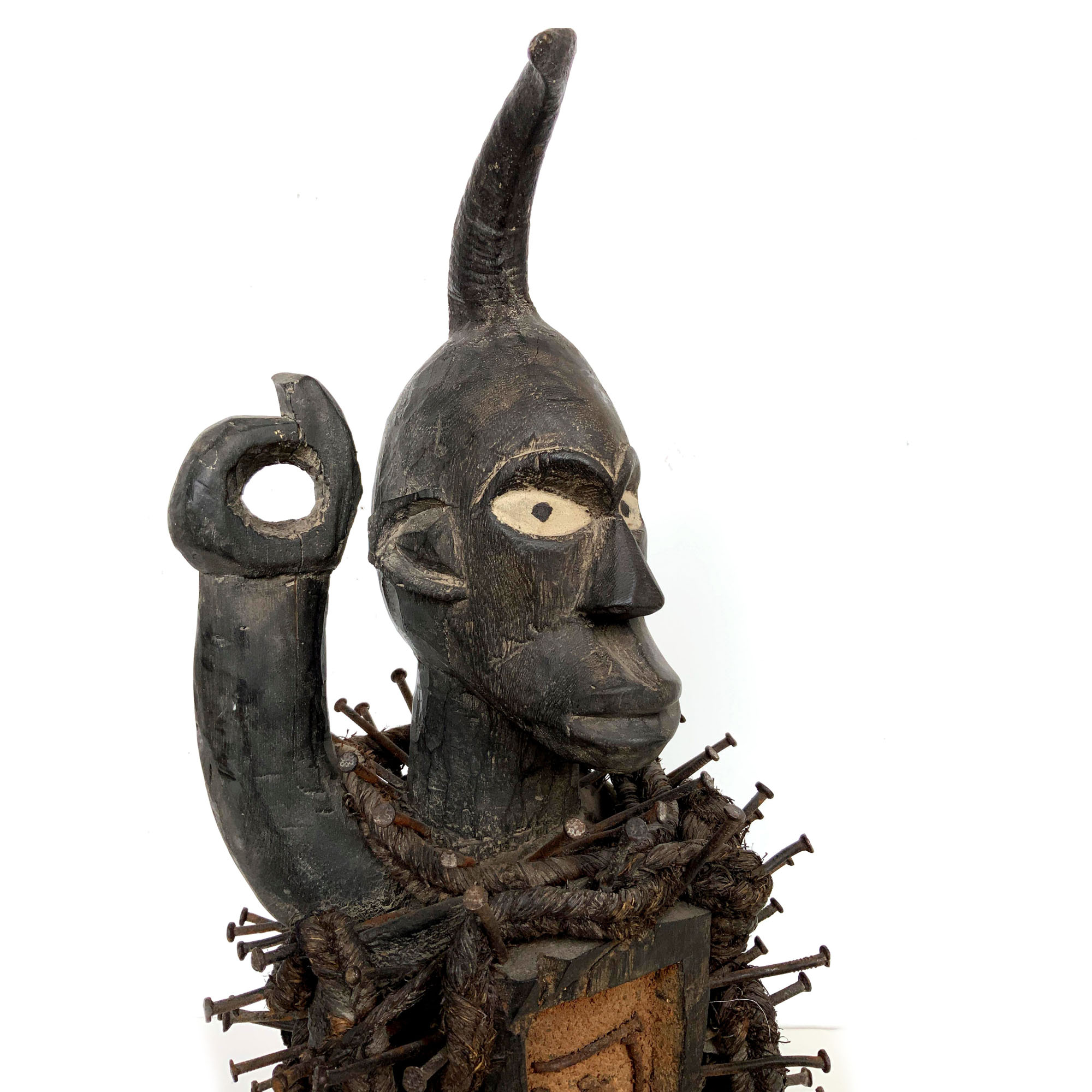 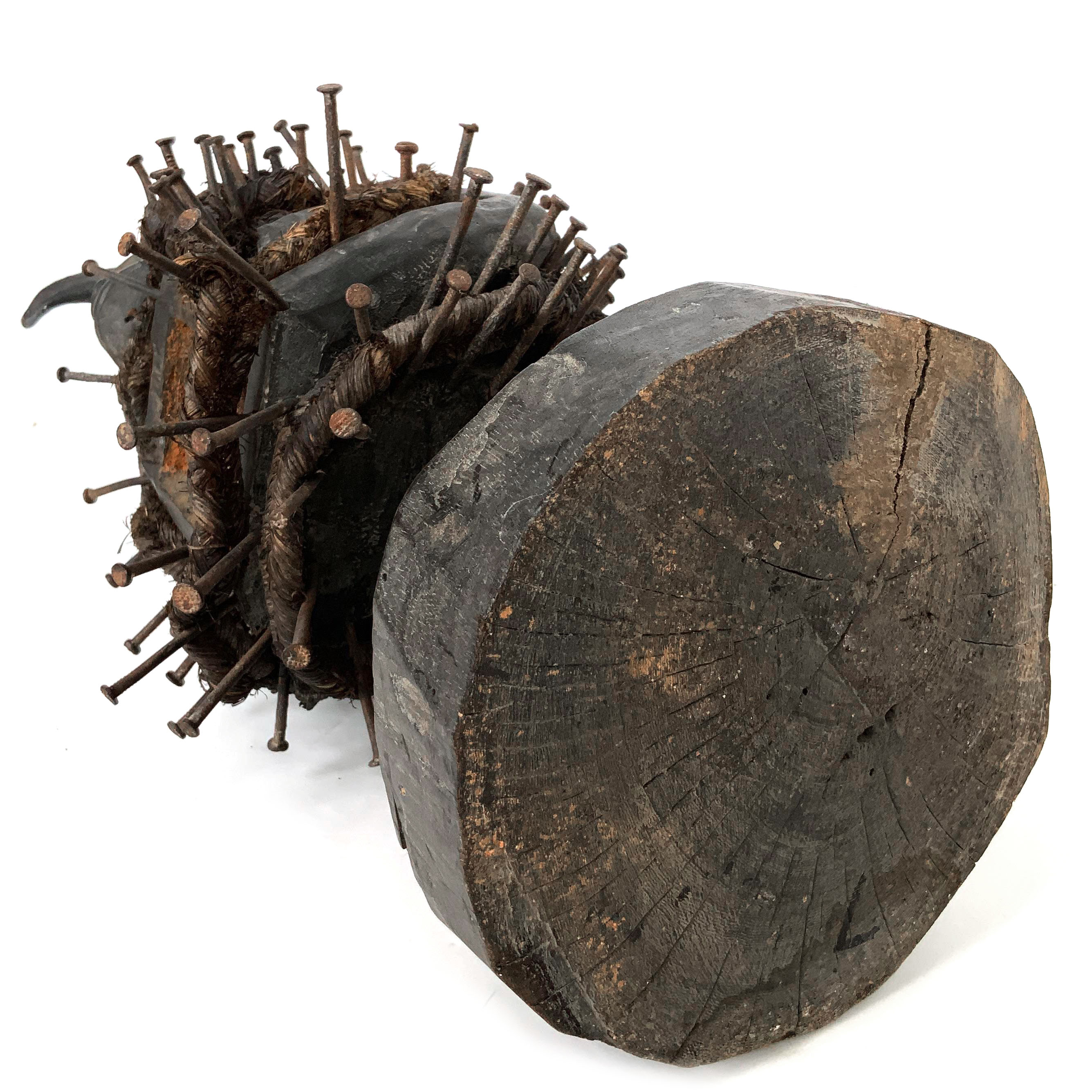 Nkondi are mystical idols made by the Kongo people of the Congo region. Nkondi are a subclass of minkisi that are considered aggressive. The name nkondi derives from the verb -konda, meaning to hunt and thus nkondi means “hunter” because they can hunt down and attack wrong-doers, witches, or enemies.