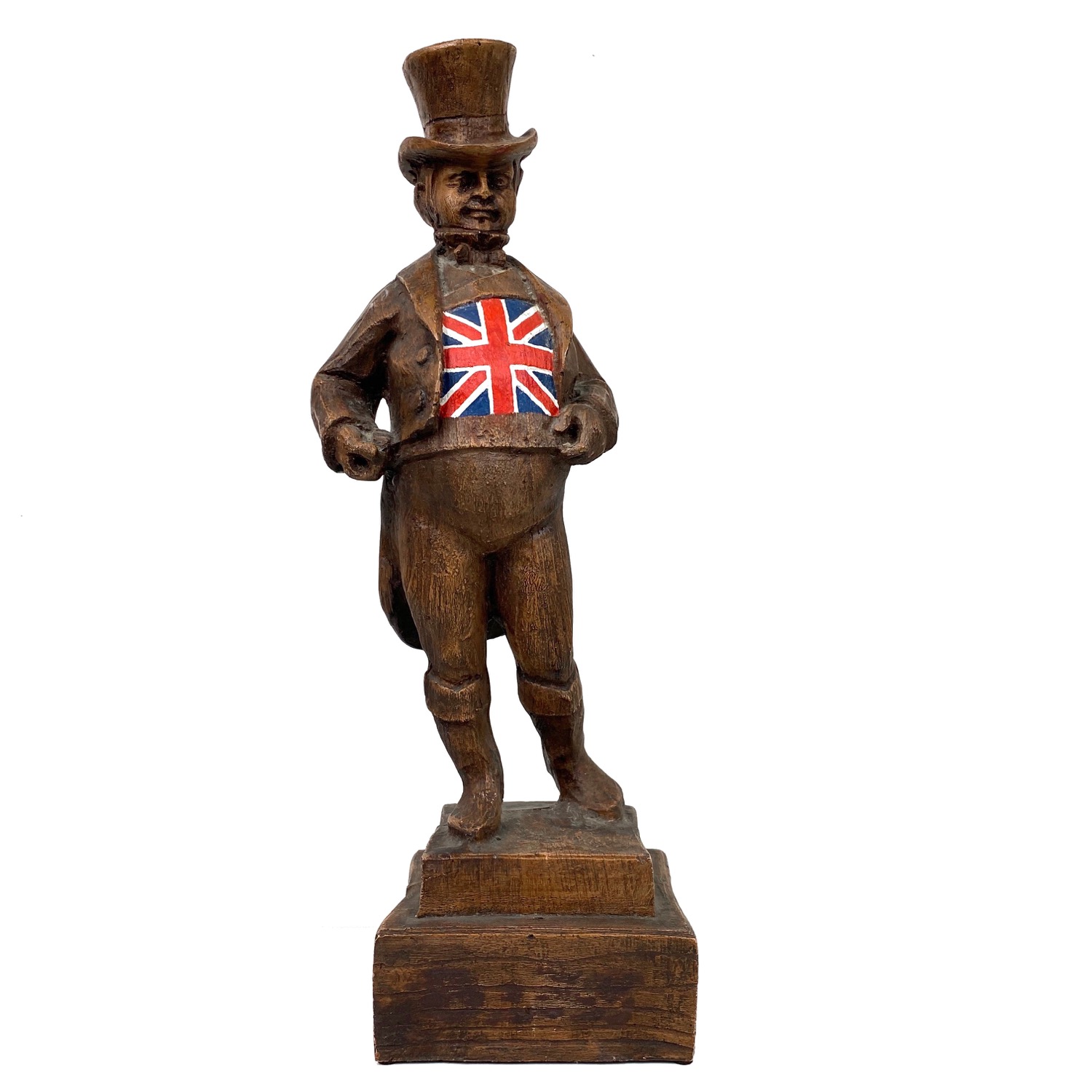 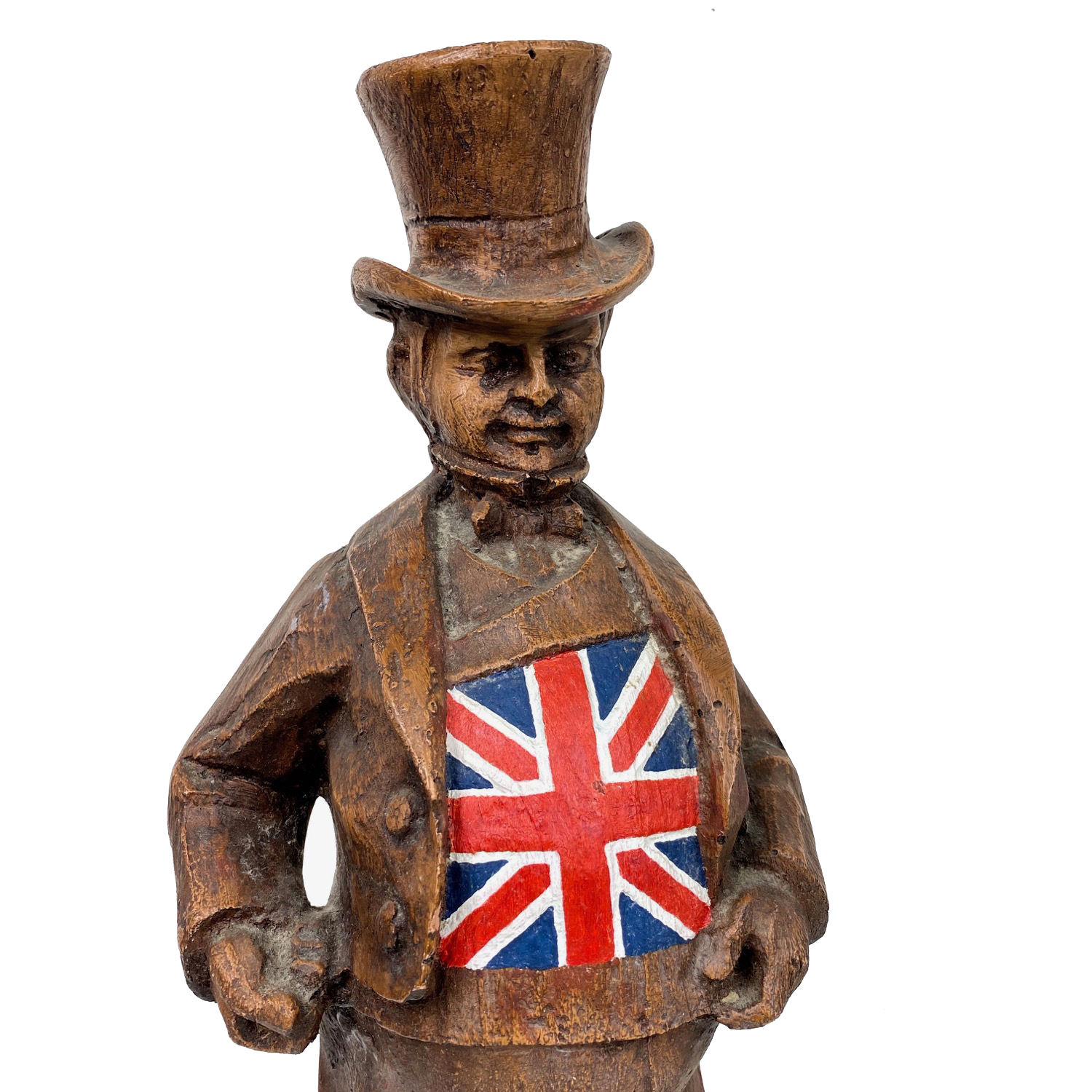 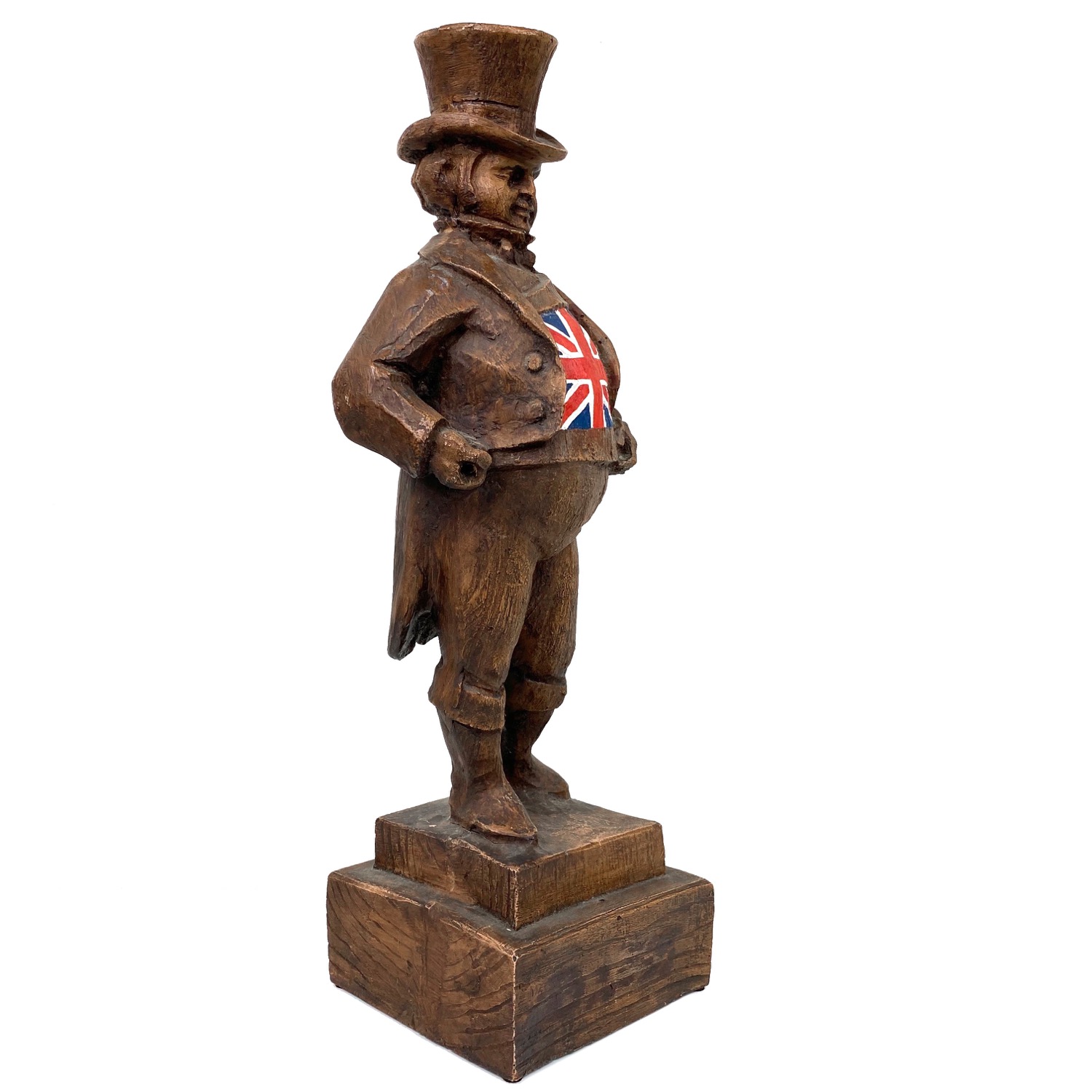 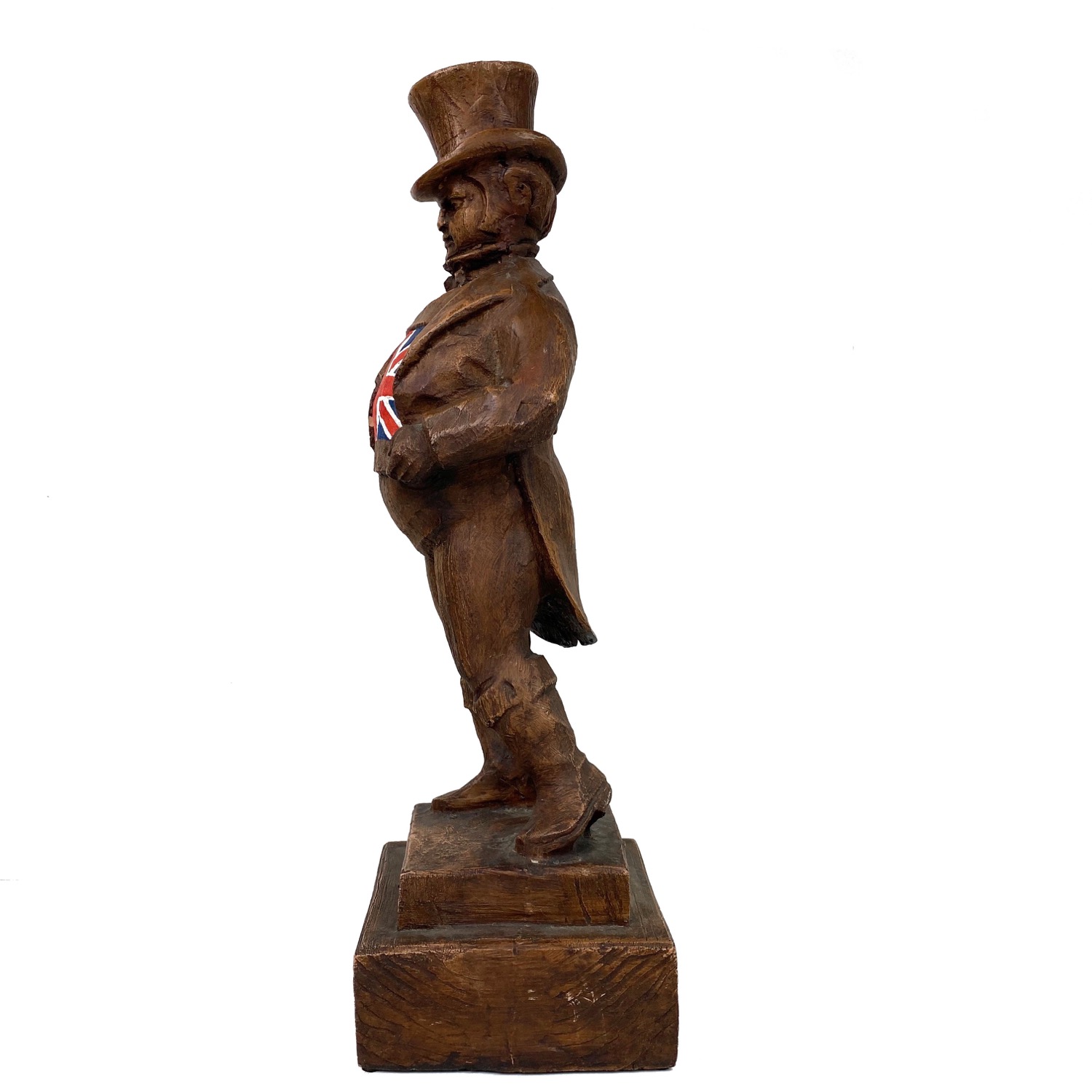 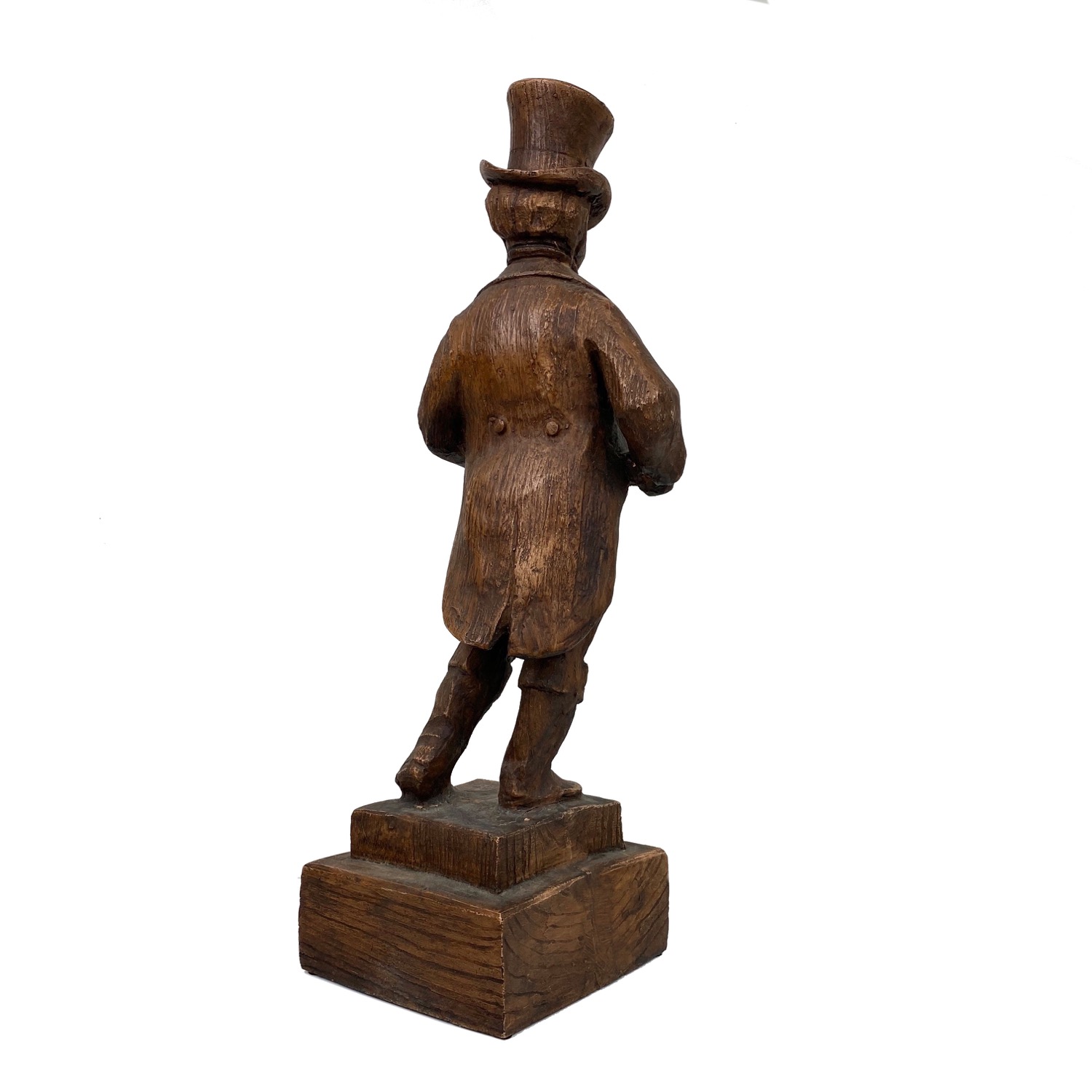 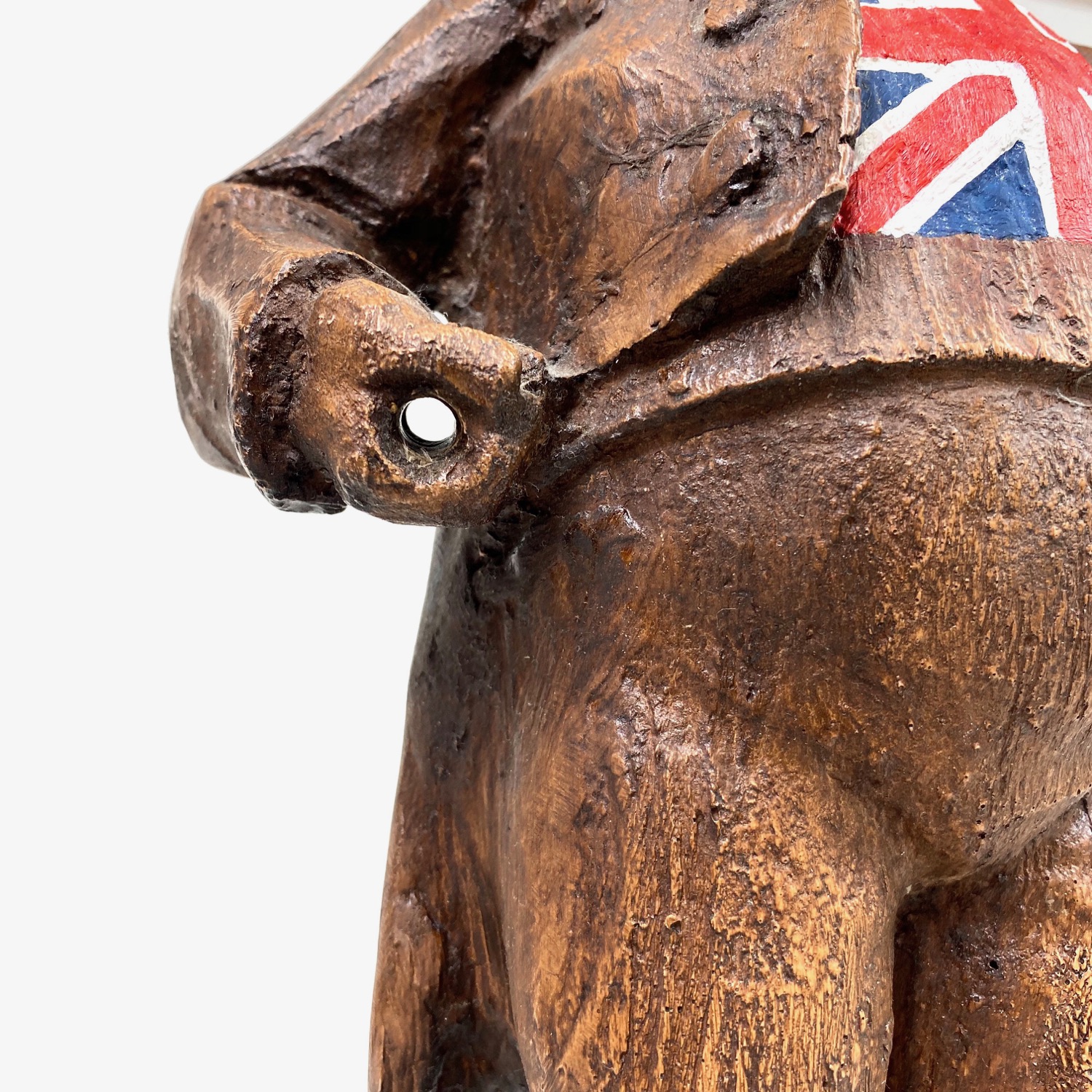 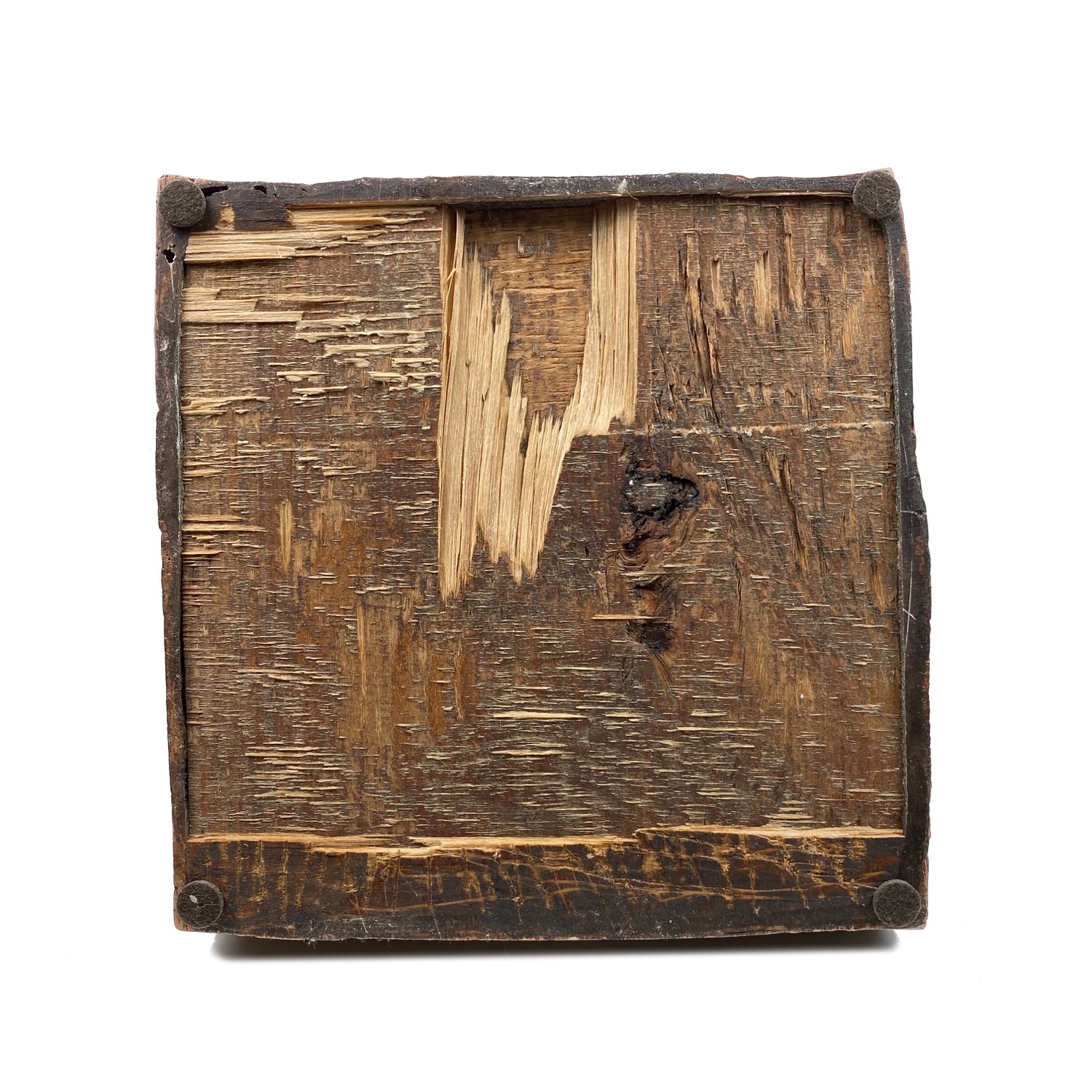 Unique, not seen before, large figure of a man standing proudly on a pedestal base sporting the Union Jack British Flag on his chest. We believe it to be Johnnie Walker, and was likely a liquor store advertisement at some point. It originally had a wood base that held a lamp which we’ve removed. Its made of a cast fiberglass or resin, not too heavy, but very strong. It appears he may have been holding something in his right hand at some time in his past.

Very high detail in its form and painting making it appear to be carved wood.