Welcome to our new and improved website! We are still have work to do, more updates coming soon!
SALE 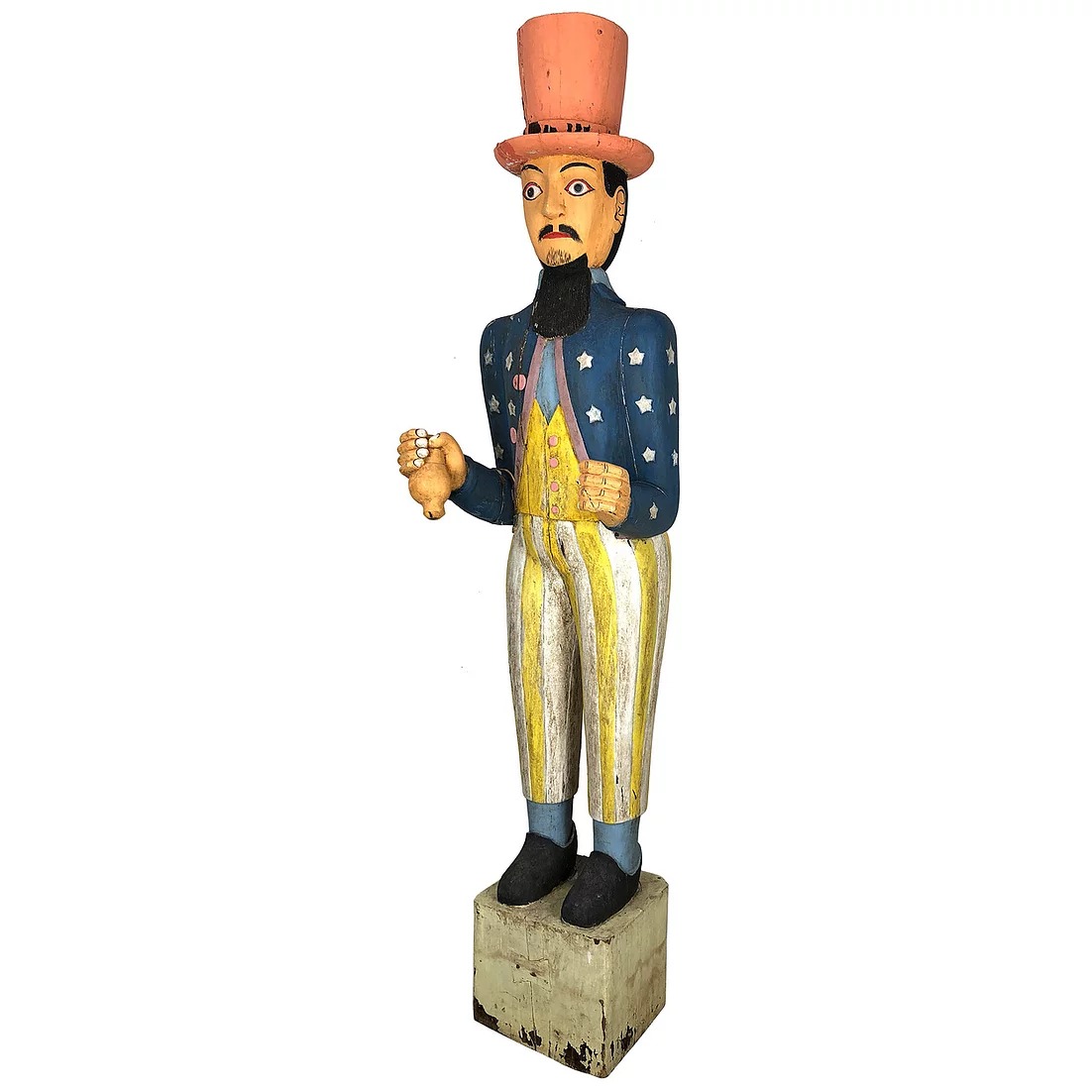 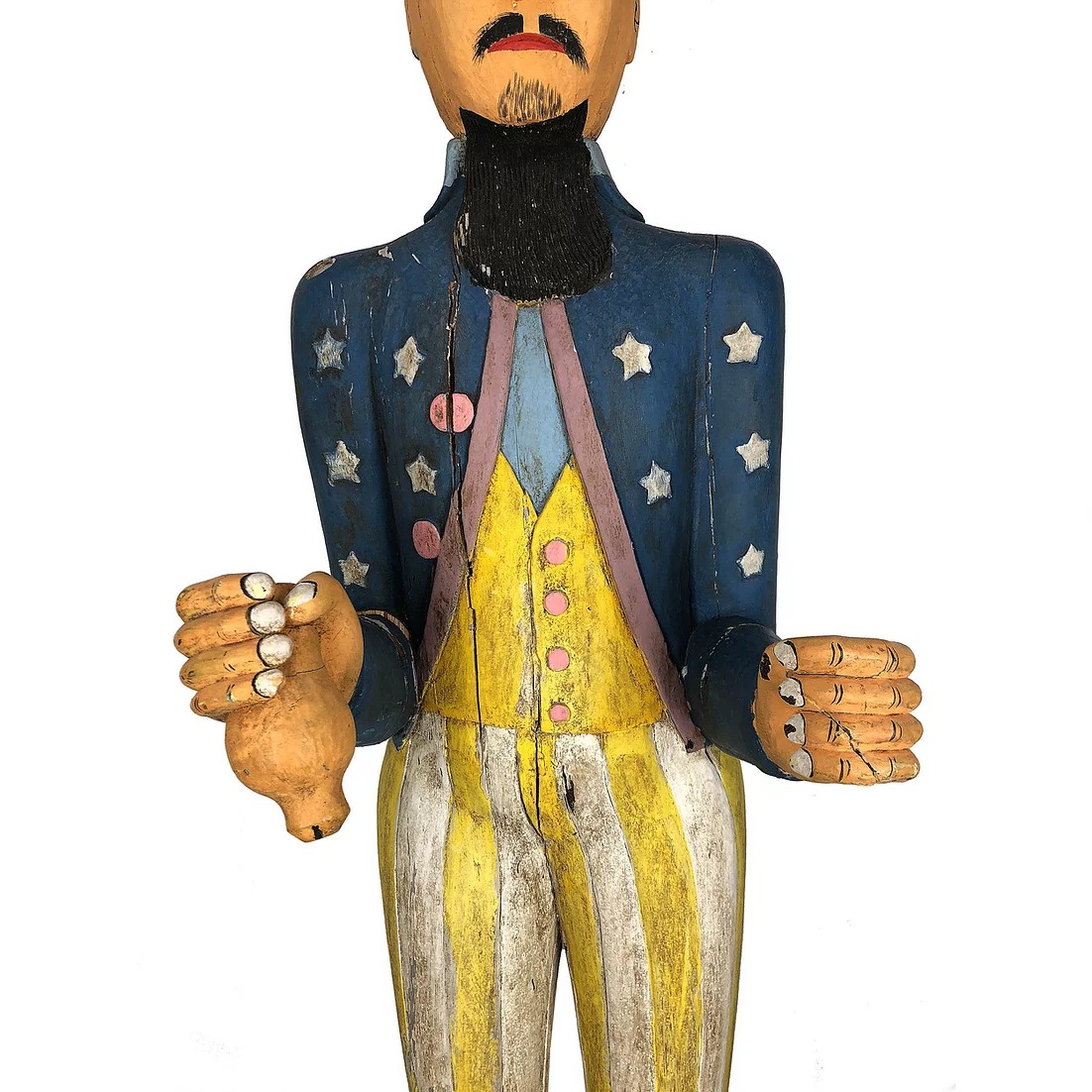 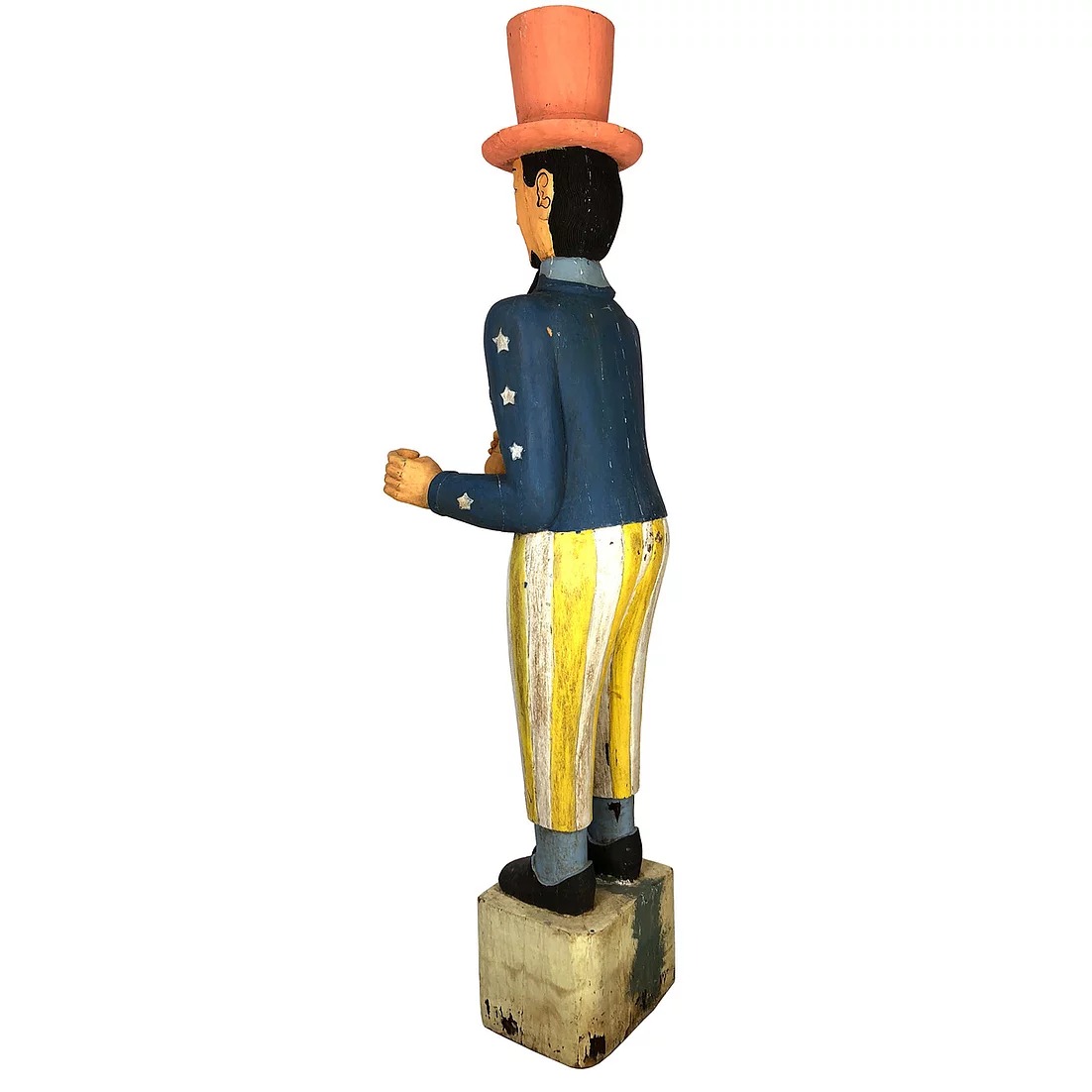 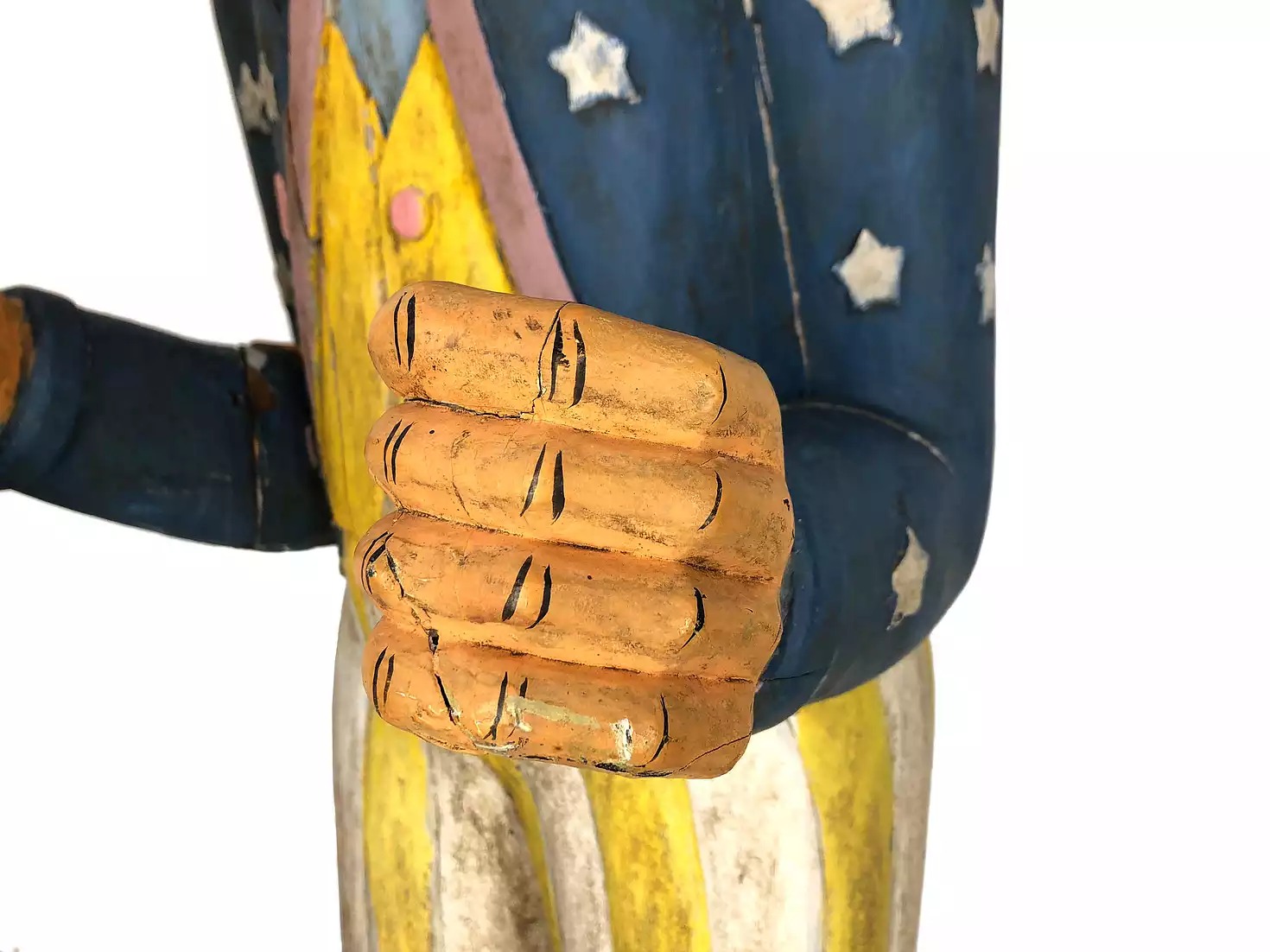 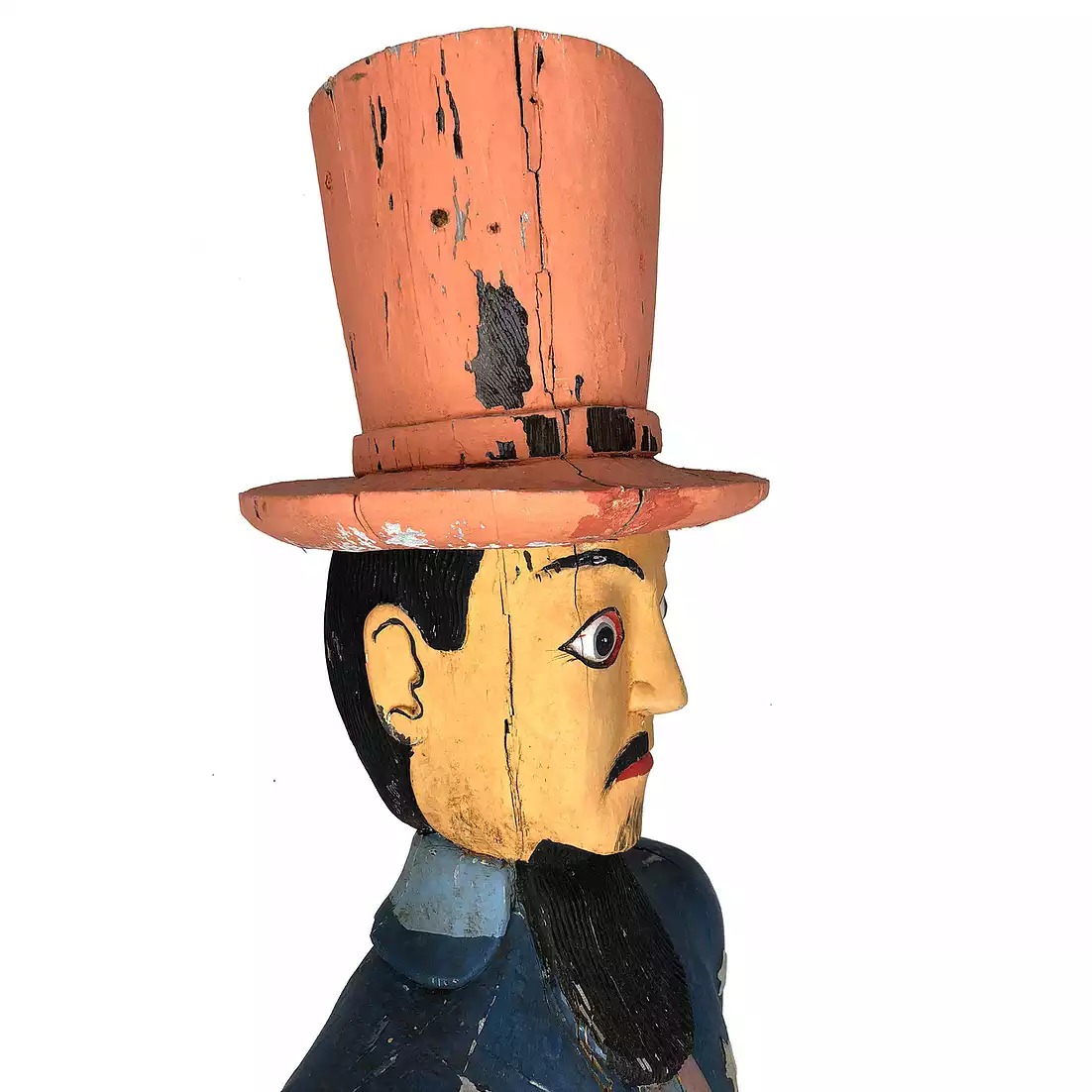 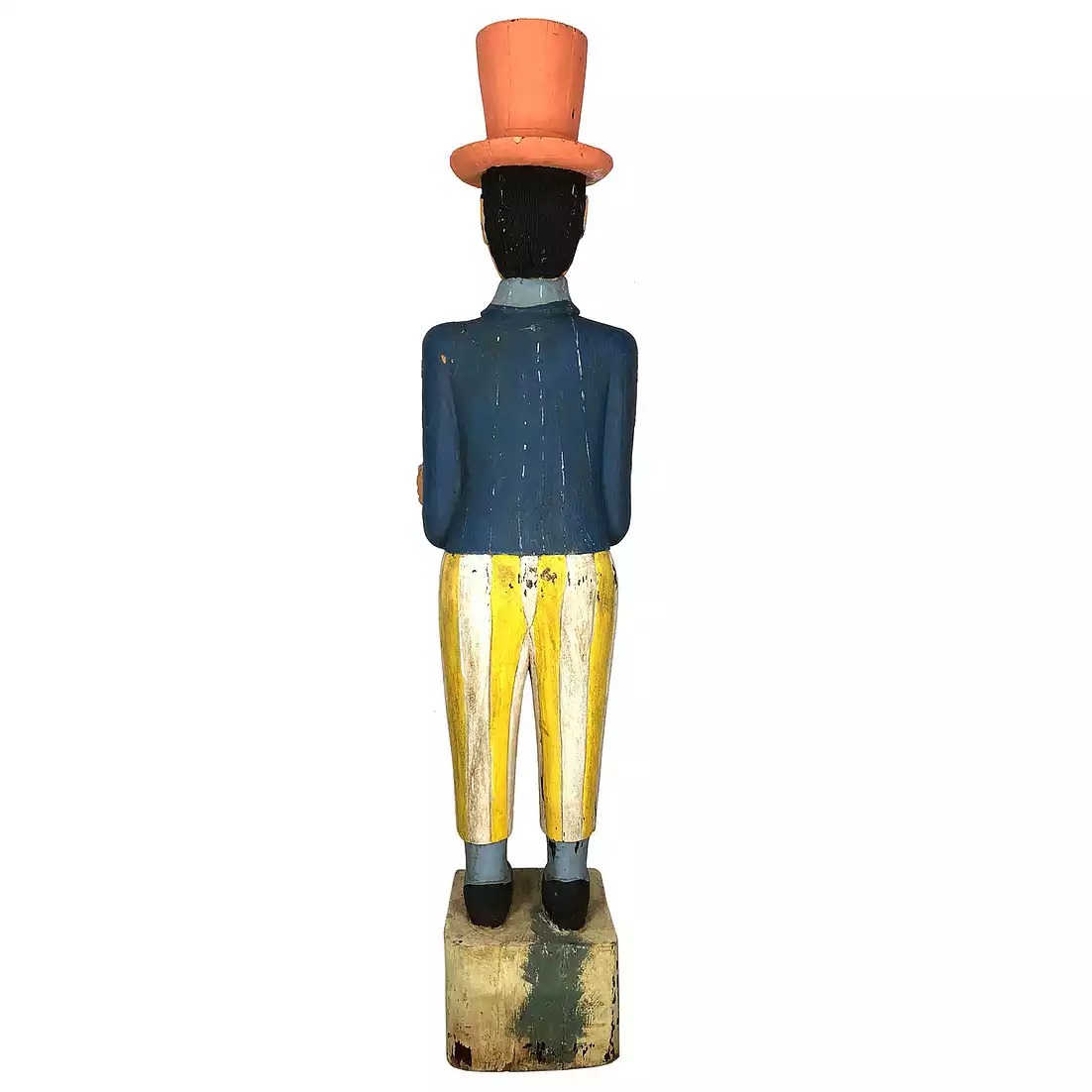 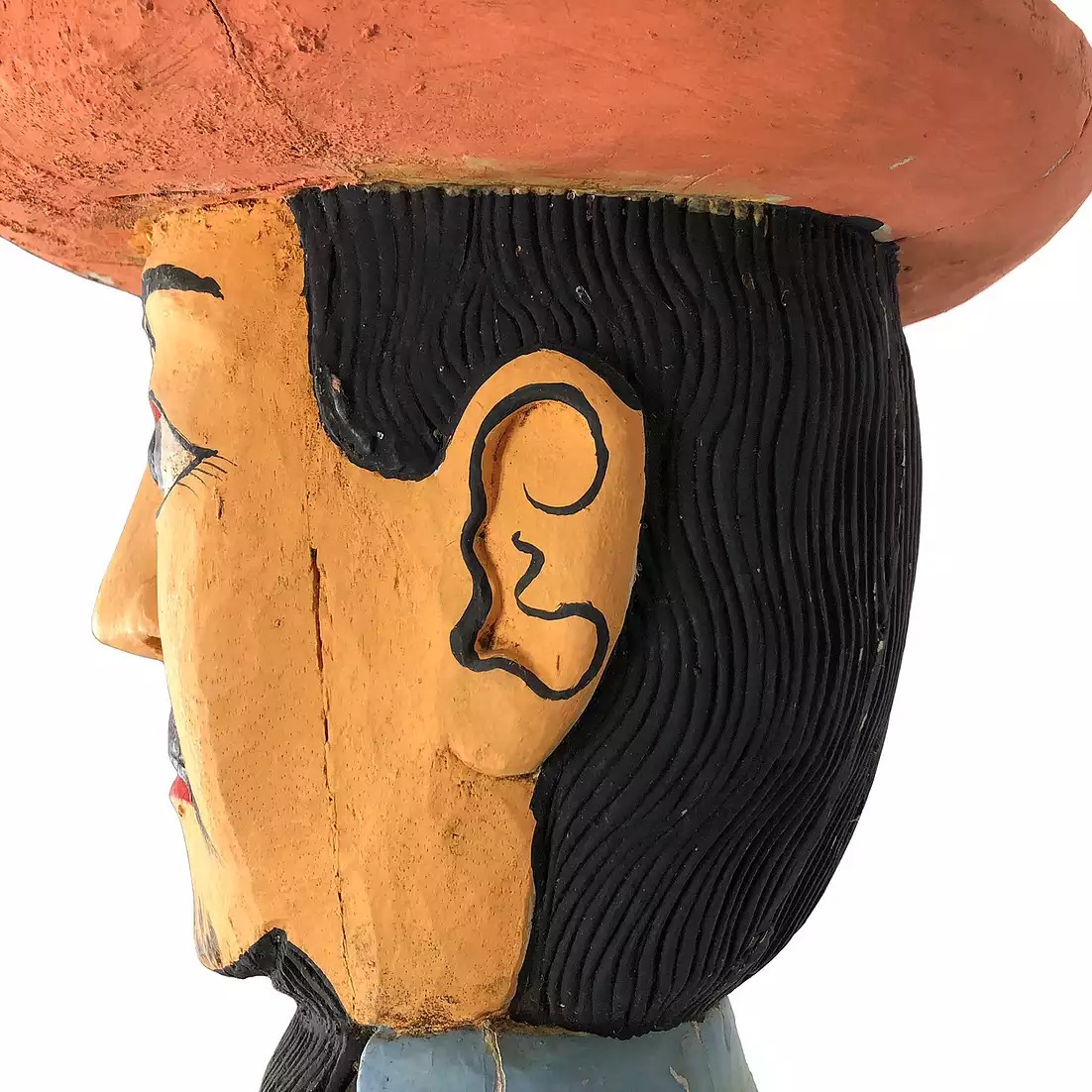 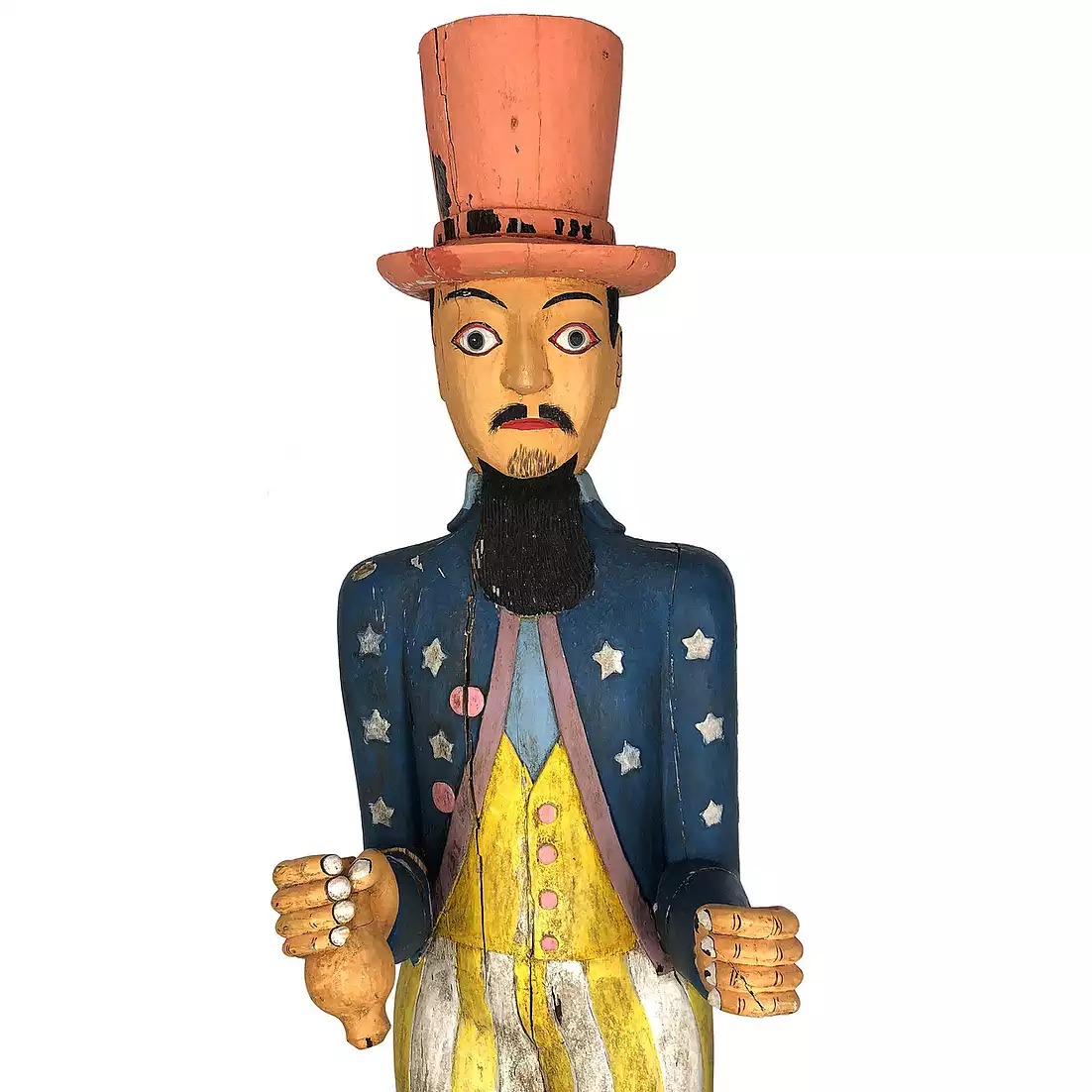 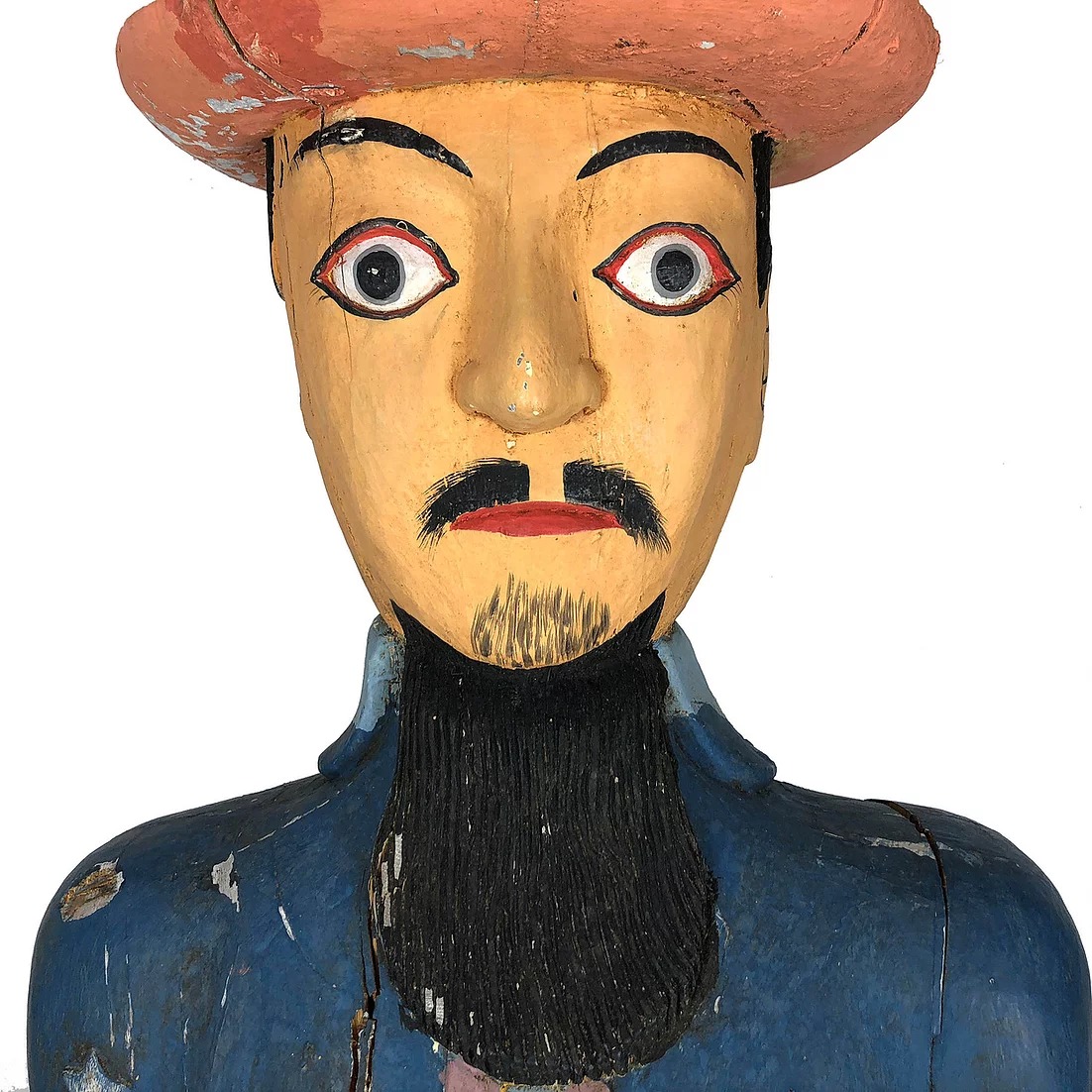 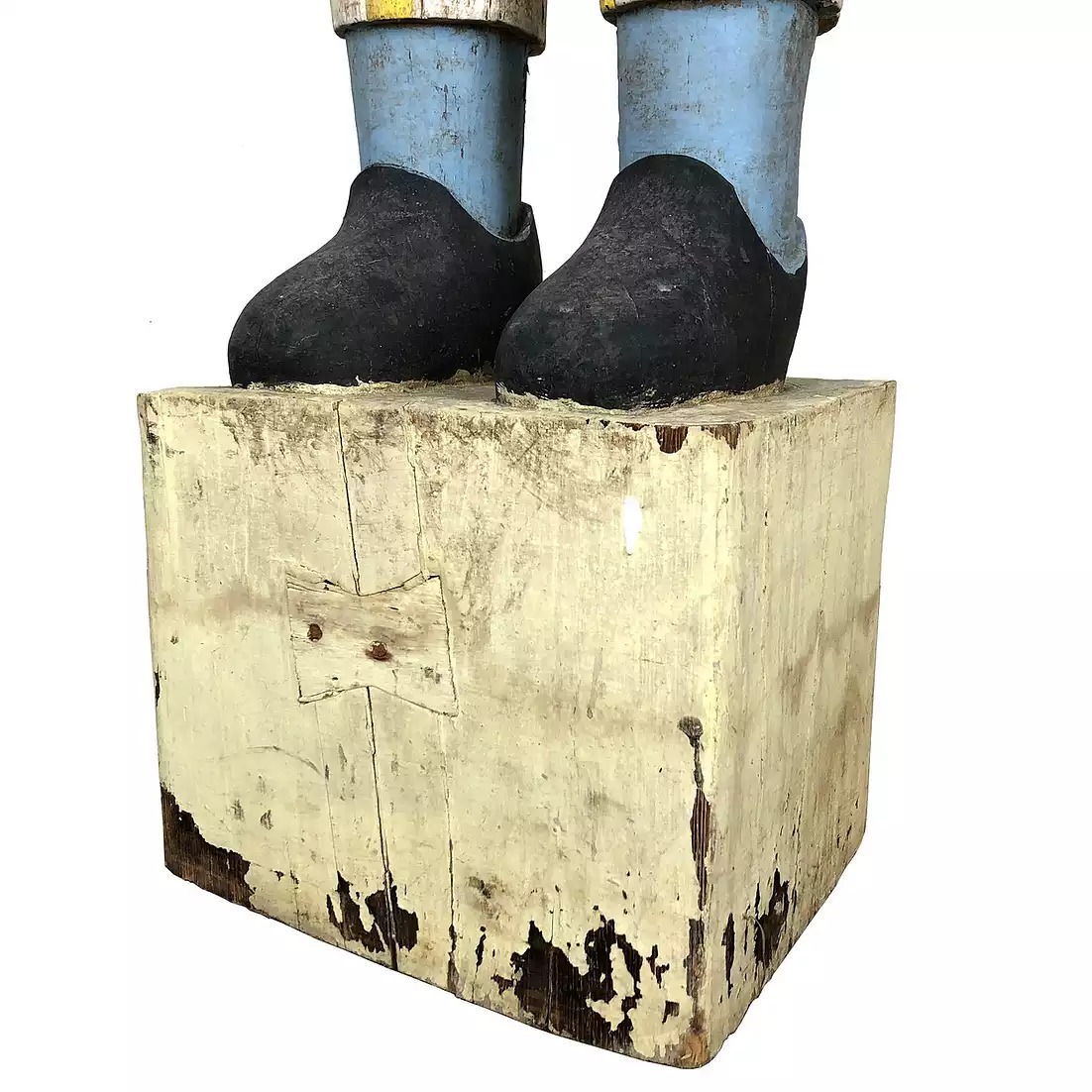 Whoa – check out this tall 78″H wooden carved Uncle Sam.  We’re not sure what he’s holding in his hand – someone suggested maybe a mustard jar? Ready for a hot dog? Or perhaps he is a doorman for an old shop and meant to hold a jacket over his left arm for customers.

This came to us from the barn collection of a friend and dealer in Massachusetts.  He had a shop and  acquired it from western Massachusetts family member that had brought it into his shop to sell to him a number of years ago.  That person said that said it had been kicking around the family homestead for a long time, but no one remaining in the family knew where it came from.  If anyone has seen this man – let us know! We’d love to have more to tell about him.  He may date from the 1960’s ?  The condition is just too good to be much earlier – but you never know.

He’s got an interesting folk appearance with slightly off enlarged eyes, an offset mustache.  His beard and hair under his hat are carved well with swirling wavy lines.  His left had is carved and is not an open hand so he doesnt appear to have ever held anything with his left hand – an unusual form he has almost like a fist, but he likely was originally crafted to be used as a doorman with his left arm used to hold the jacket of a customer.  The stars and pink buttons of his jacket are carved – giving it lots of dimension.

Condition: There is one break to his right arm – still attached from an old thick rosehead nail – we are going to have it professionally reset to ensure it stays with him for a long time.  Looks to have had some freshening up of the paint in the past few decades.  There are cracks in his body from the wood shrinking.  There is paint loss.