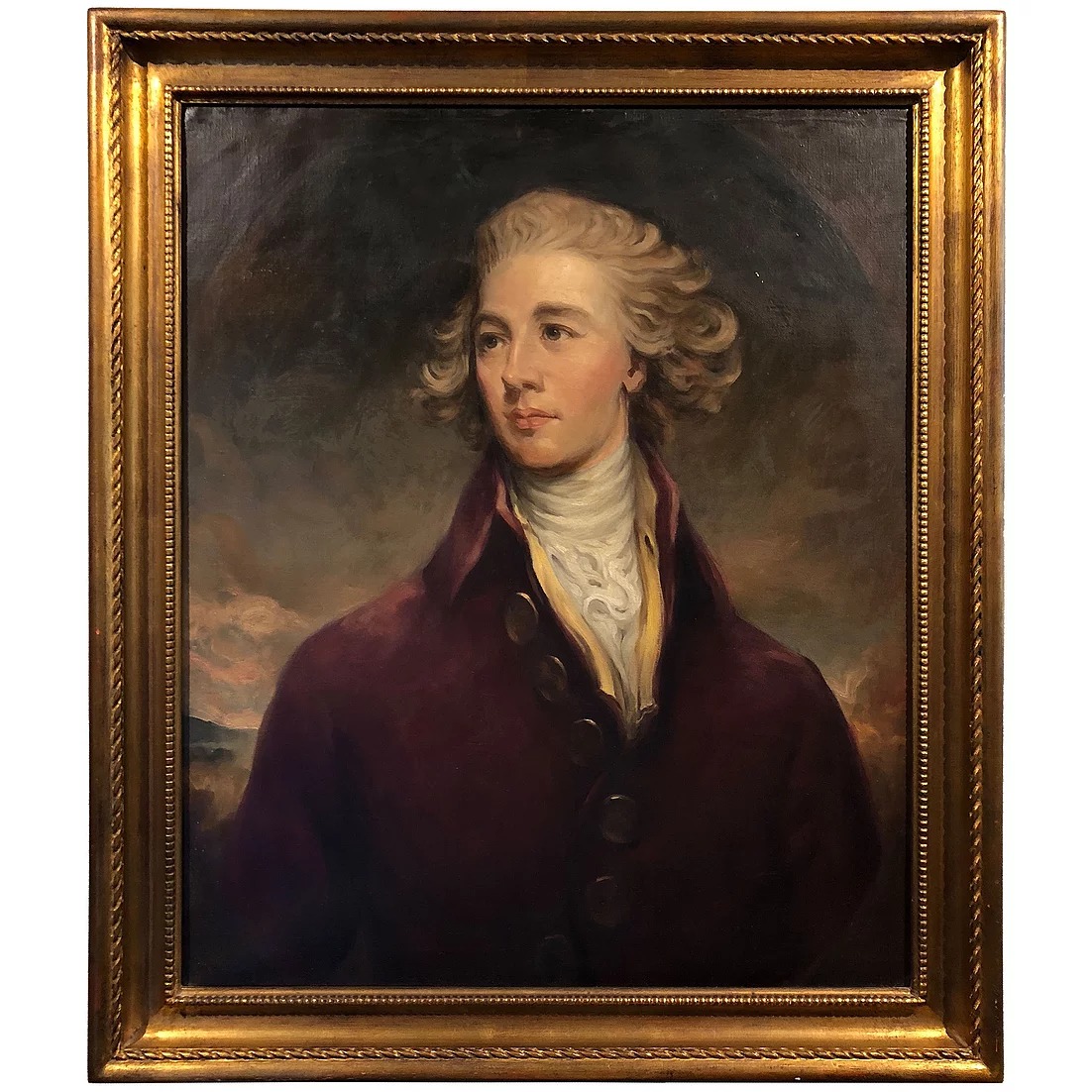 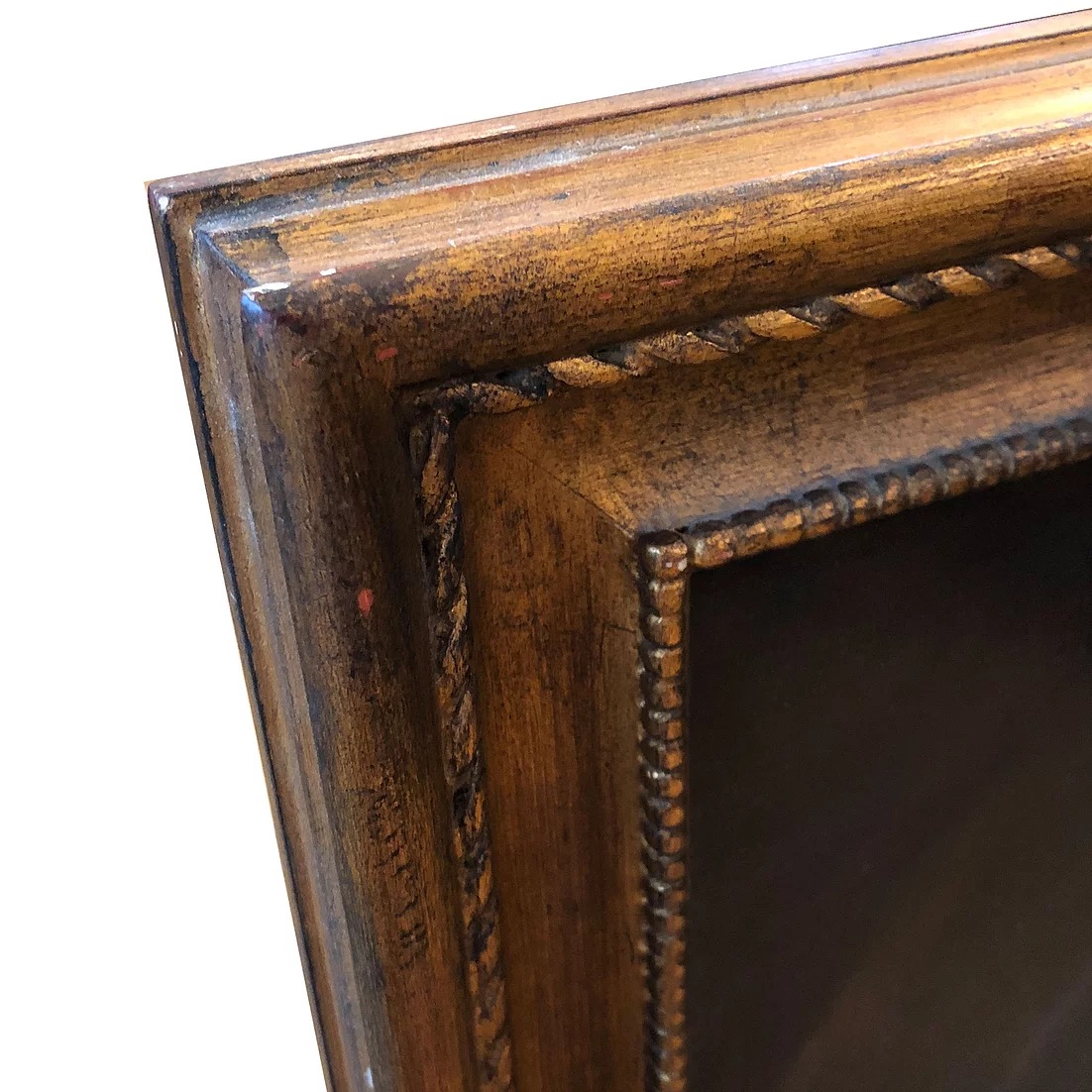 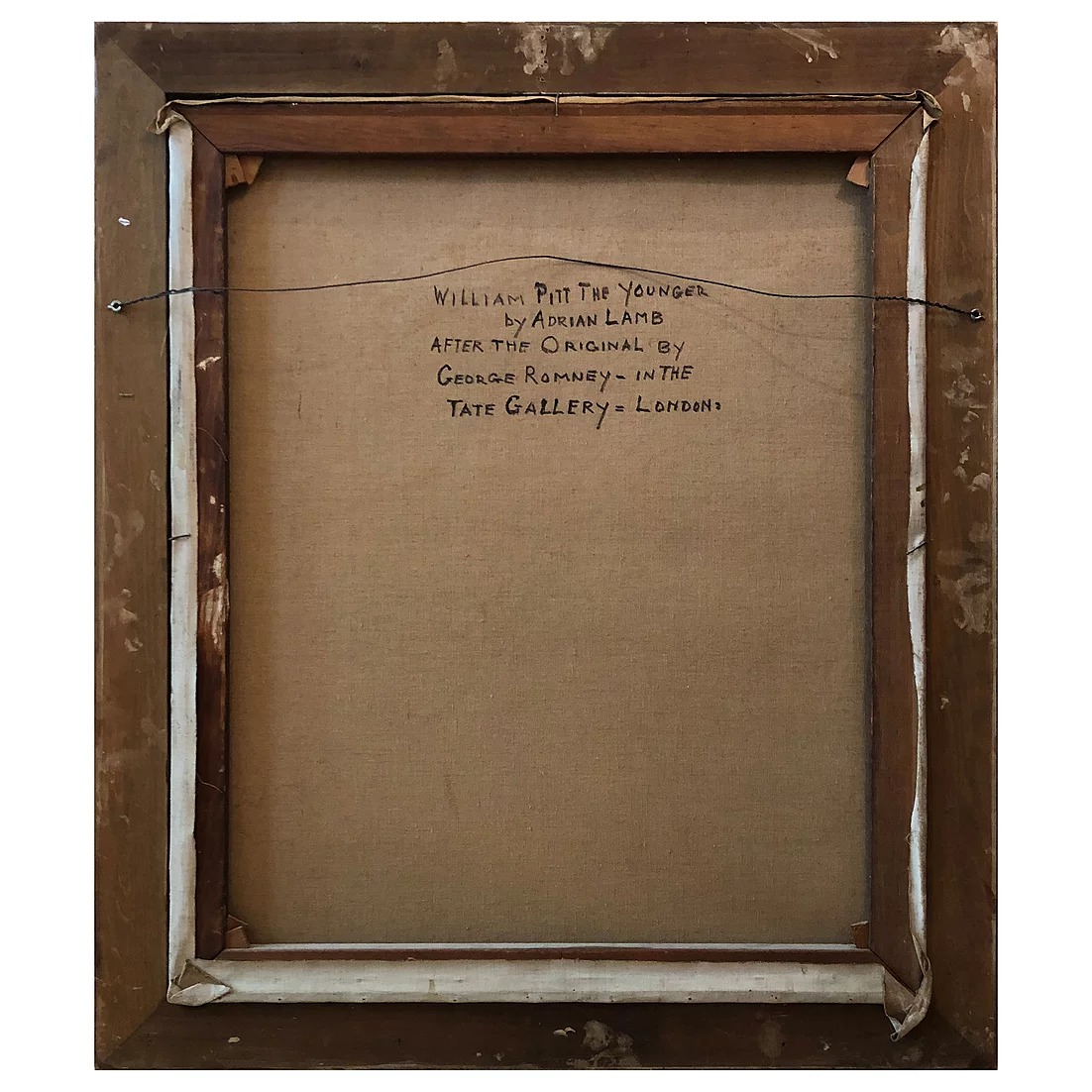 Original Oil Painting on Canvas by Adrian Lamb (1901 – 1989) William Pitt The Younger (A prominent British Tory Statesman of the late 18th century and became youngest British prime minister in 1783 at age of 24.

Adrian Lamb (1901-1988) was born in New York City, where in the mid-1920s he studied at the Art Students League under Frank Vincent DuMond and George Bridgman.  After attending the Académie Julien in Paris in 1929, he went on to travel and work in England, France, Spain, Germany, Italy, Greece, and Mexico as he developed his talent as a portrait painter.   He painted many prominent subjects, including David Rockefeller, John J. McCloy, Joseph P. Kennedy, and Bernard.  He executed the Gordon Gray portrait for the Secretarial Portrait Gallery at the Pentagon, Washington, D.C.  Lamb’s works are found in many collections, including the State Department, and the National Gallery of Art, The White House, the Smithsonian Institution, the U.S. Naval Academy, Harvard University, and the Supreme Court of the United States.  His portrait of Maj. Gen. J. Franklin Bell is reproduced from the Army Art Collection. For much of his life, Lamb resided in Connecticut and maintained a studio in Manhattan.