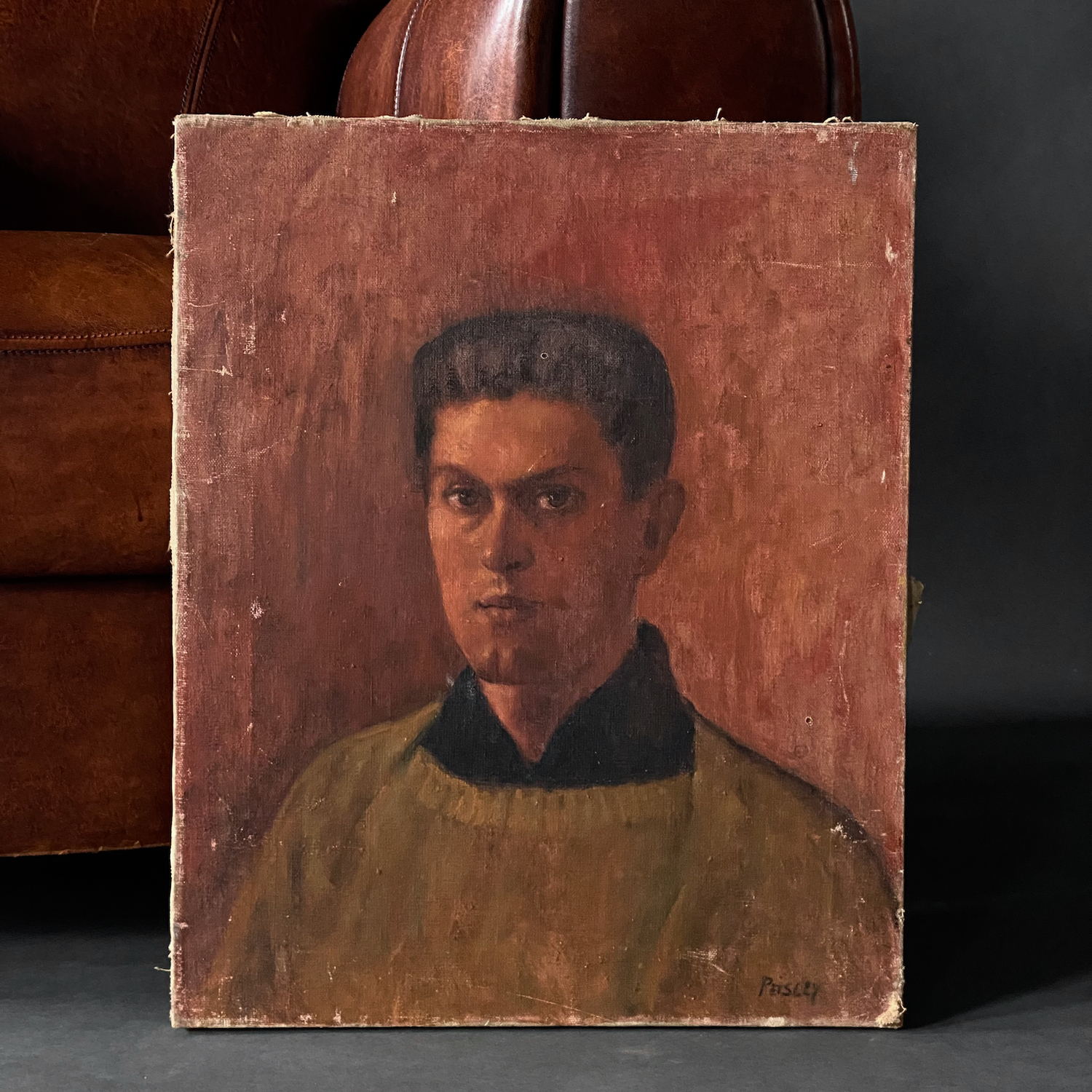 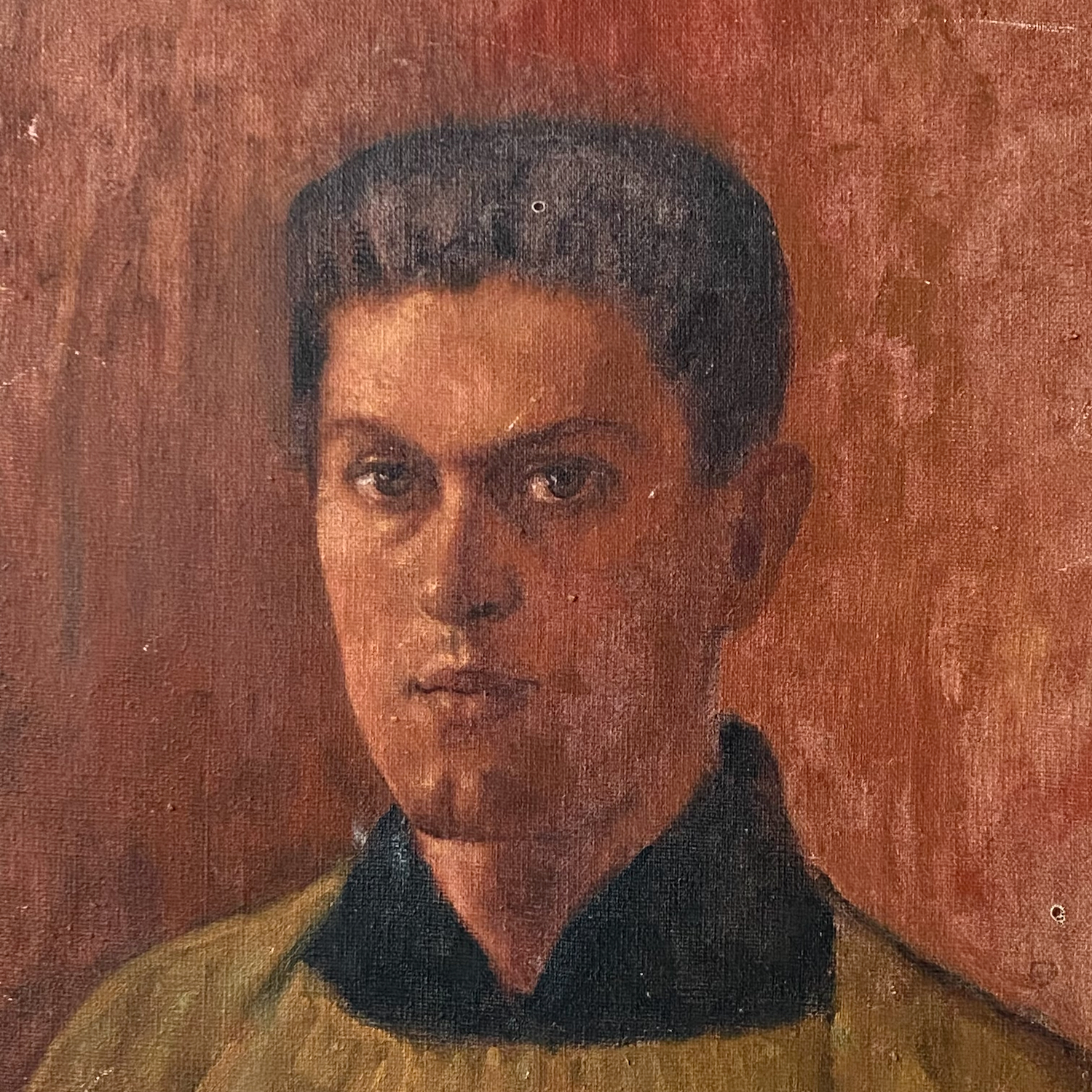 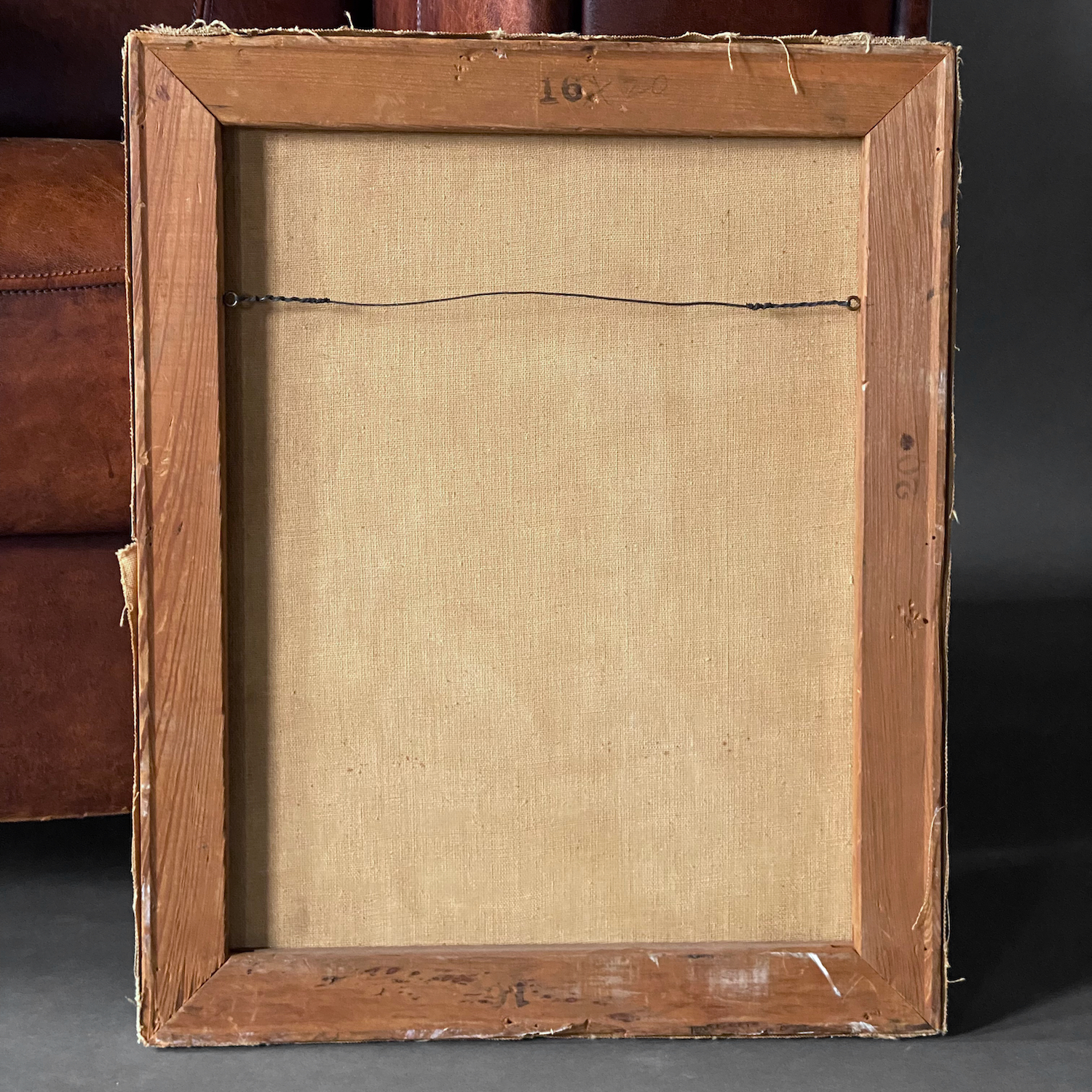 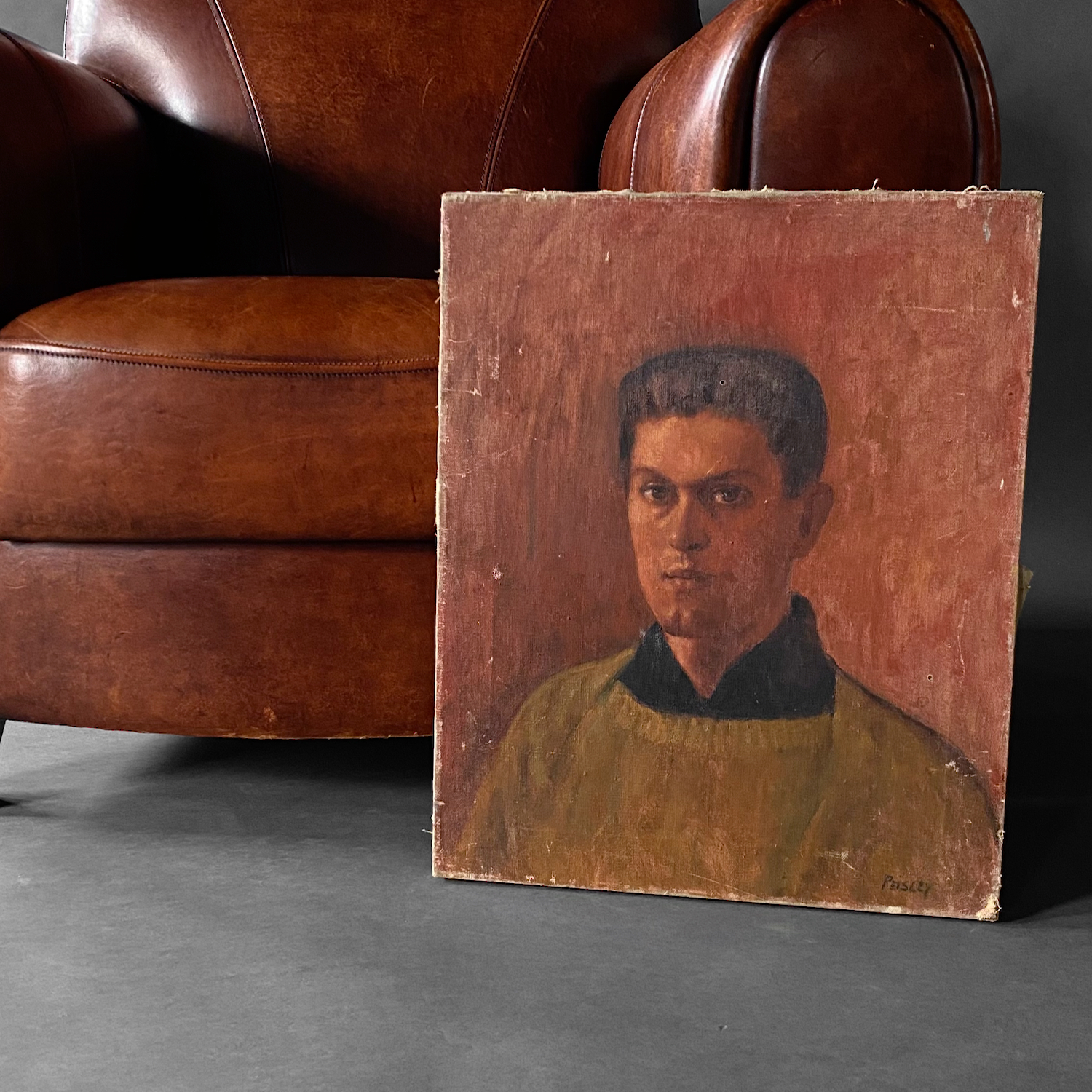 Excellent mid century male portrait signed Peisley. Signature of John Peisley as matched to another portrait currently in the collection of the National Portrait Gallery of Australia. Peisley was well-known for his portraits of famous people, including Albert Einstein, Sammy Davis Jr. and Liza Minnelli.

(Info here direct from the National Portrait Gallery of Australia) Wilfrid John Peisley, born in Bathurst, won a number of prizes at regional shows before gaining a scholarship to the East Sydney Technical College at the age of seventeen. After eight months, his family was unable to keep him in Sydney so he returned to Bathurst, where he held two exhibitions in the Chelsea Cafe to raise the money to go to England. Having got as far as Sydney again, he remained for some time, exhibiting with the Society of Artists, the Under 30 Group and the Fifteen Group and drawing the visiting Sir Thomas Beecham, who bought one of his landscapes (as did the visiting Noel Coward). During the war he trained as a stretcher bearer but was hospitalised with a stomach ulcer. In 1943 he won the New South Wales Travelling Art Scholarship, adjudicated by Eric Langker, Rah Fizelle and Sidney Long. Because of limited travelling opportunities in wartime, he was encouraged to use the money here, but replied ‘Fancy spending a 250 pound scholarship in the semi-wilderness of Australia!’ Having seen one of his works acquired by the Art Gallery of New South Wales, in 1945 he went to New York to study at the Yale University art school; his show of American and Australian subjects in 1947 was opened by the consul-general for Australia, who said the exhibition would weld a cultural link between the two nations. Painting portraits on commission to support himself, he married in New York, and subsequently taught art in American schools. He became well-known as a portrait painter, and by 1950 was living on Riverside Drive. One of Peisley’s prominent Australian sitters was the soprano Marjorie Lawrence.