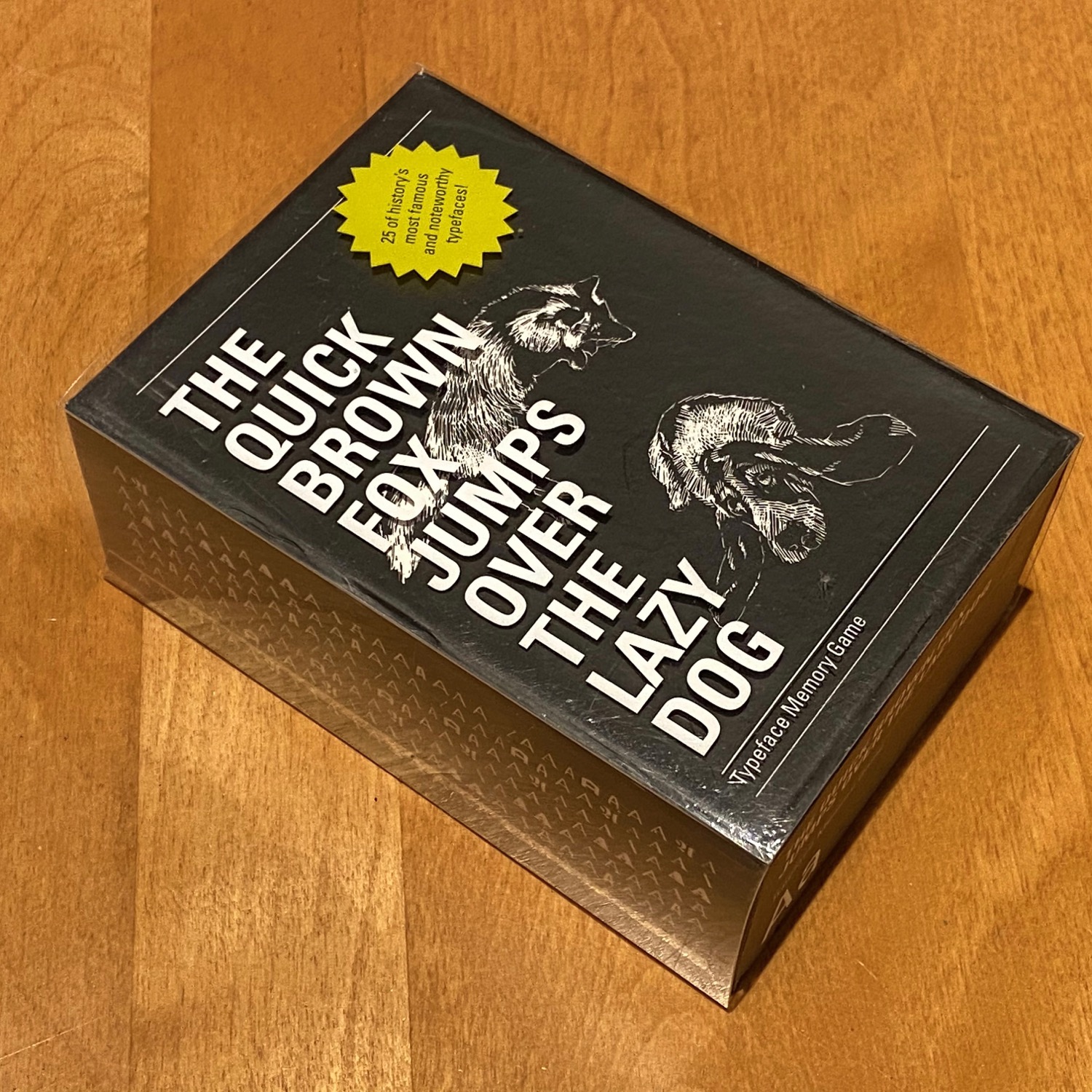 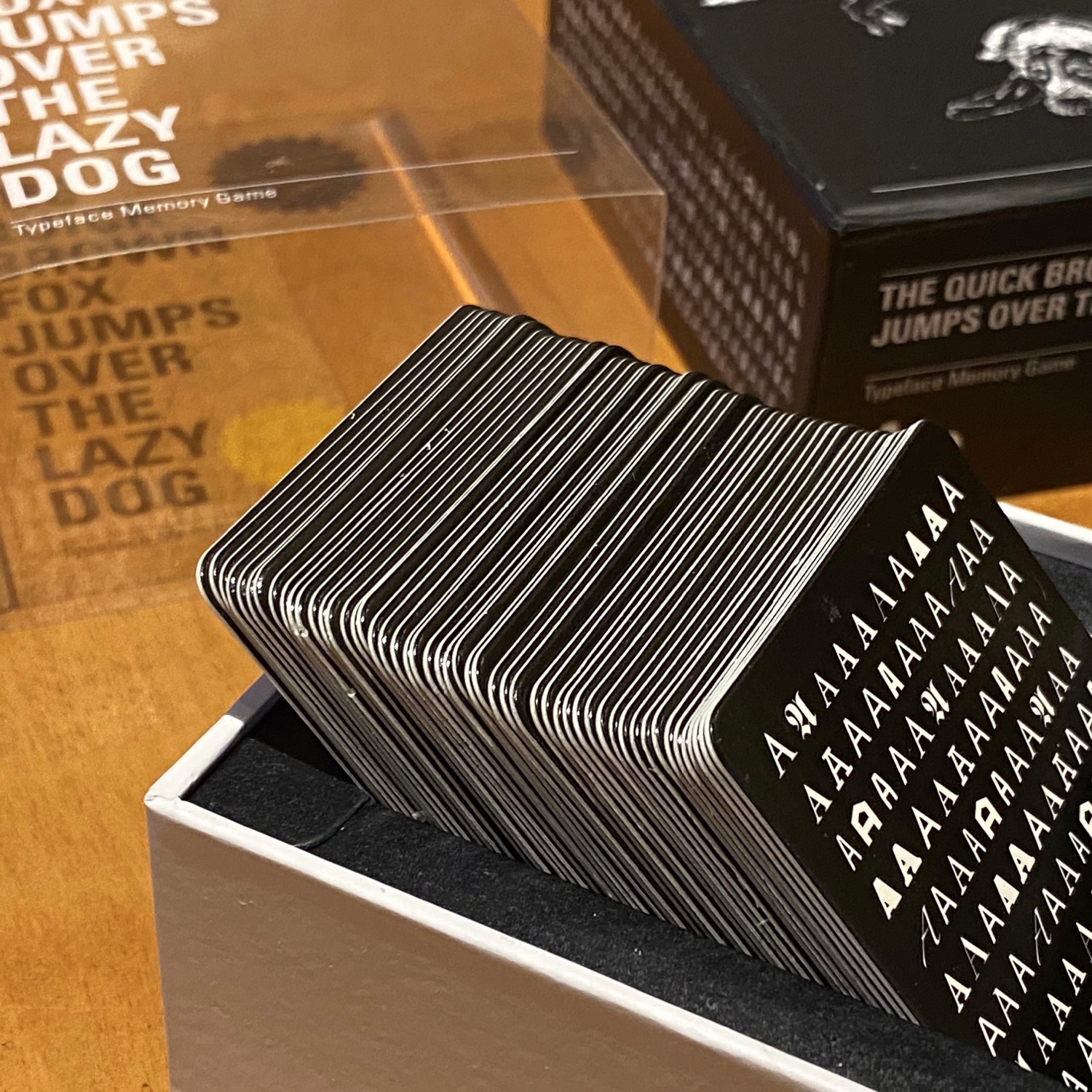 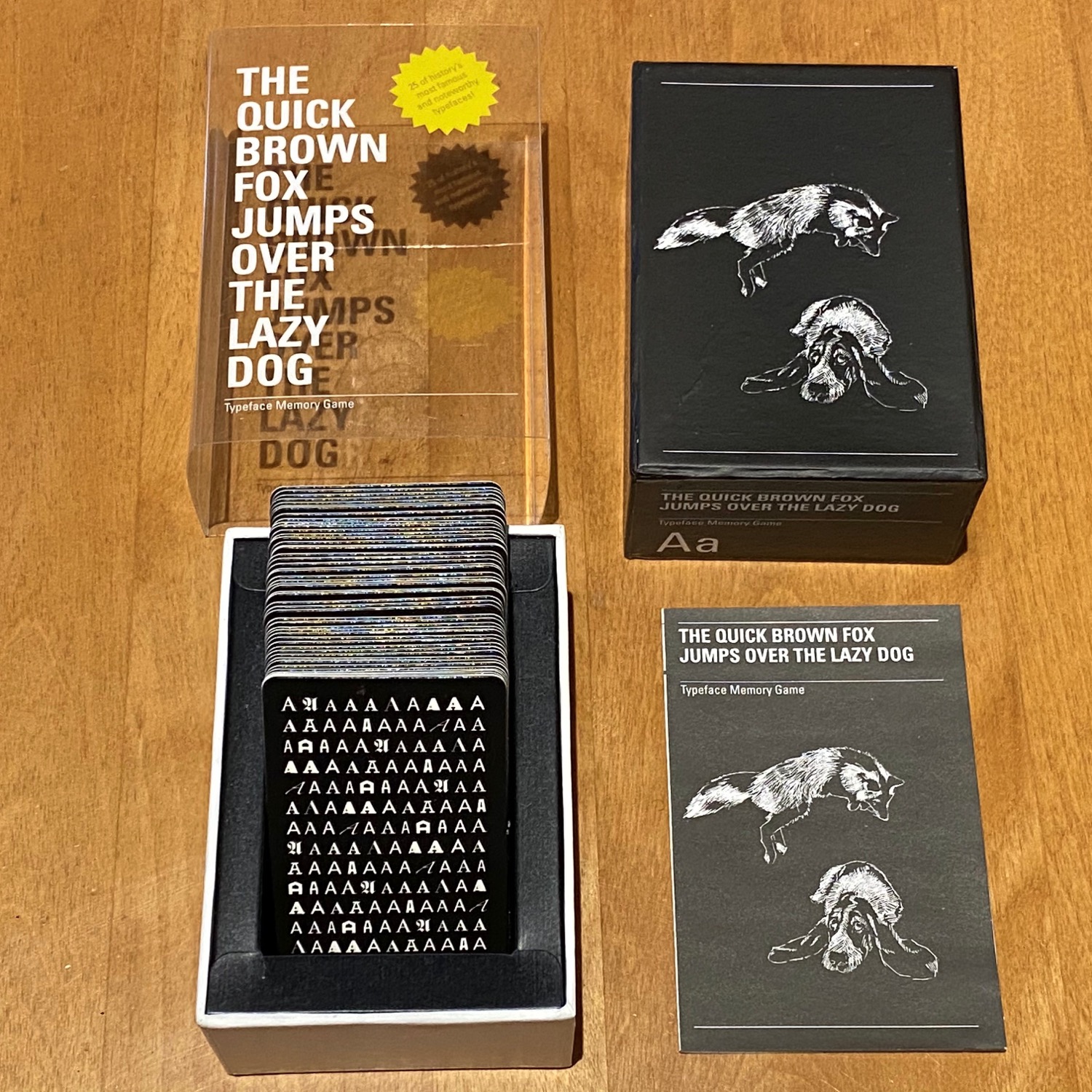 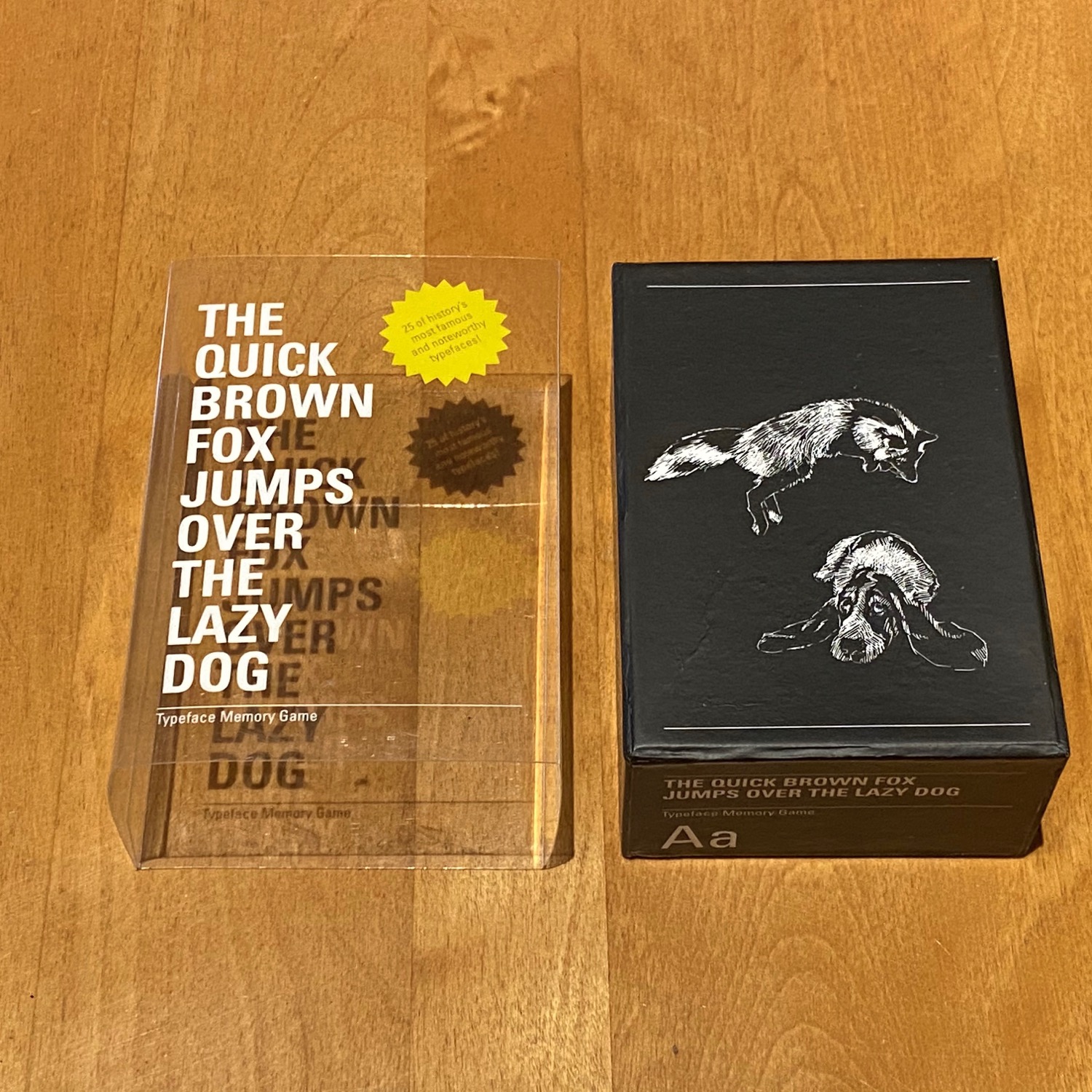 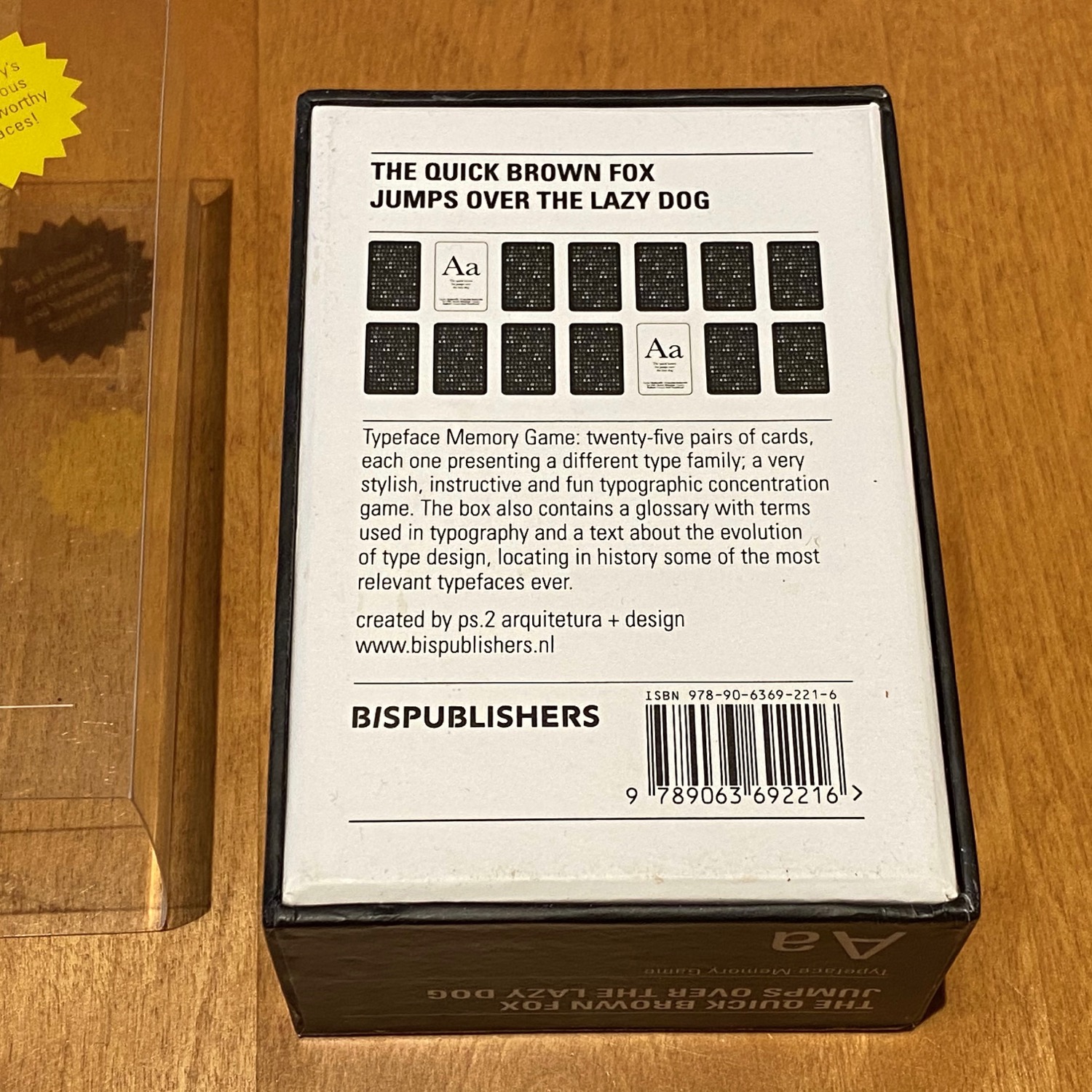 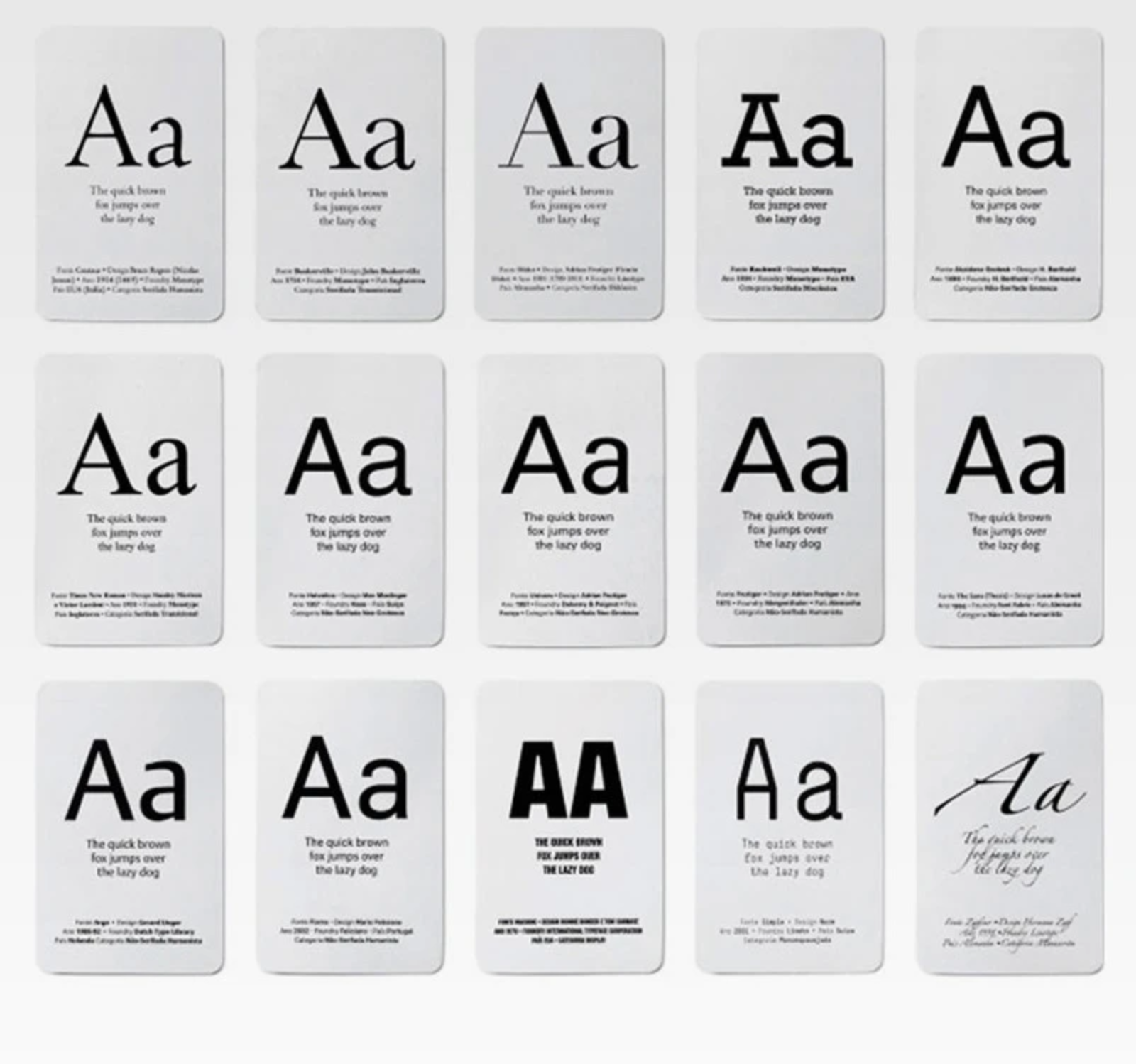 Remember the childhood game Memory, where you had to match two like tiles by remembering where they were and flipping them over? Now the game has been reimagined for font nerds and designers! The Quick Brown Fox Jumps Over the Lazy Dog Memory Game features 50 cards and 25 different typefaces; the aim, much like the Memory game of yore, is to match the two like fonts.

Find out more about the cards when you read more.

Information about each font is included on the card, and a separate folder provides information on the general history of typography. The cards feature common and not-so-common fonts from Helvetica to Akzidenz-Grotesk and is aimed to help designers recognize the subtle differences between typefaces. I say it’s also a fun party game for anyone who appreciates good design and typography!

This is a limited edition game that is hard to come by. We have just one available.